a) My path of exploration 3rd April 2015
I first began noticing the oddity of the face within the top circle and then remembering that one of the type of ray fish had a similar sort of mouth, I wondered if it was a manta-ray or a sting ray. There is much confusion on the internet about the difference between a manta-ray and a sting ray, and then I realised it was a sting-ray. The I noticed the larger leech like croissant shape in the centre and wondered if it was supposed to be a manatee which has a face vaguely reminiscent of a humanoid caricature and because of this they were mistaken for mermaids.

b) Comparison to a performing sea lion
Then it soon dawned on me looking through images of seals and sea lions that this was about a sea lion balancing a ball on its nose. Perhaps the upper central croissant being played might almost have the thickness of the body of a seal performing for the public with its tail raised upwards behind it while it is balancing a ball on its snout. However the snout has been transformed into something else. The other croissant shape to the lower left of the picture easily can be seen as a sea lion 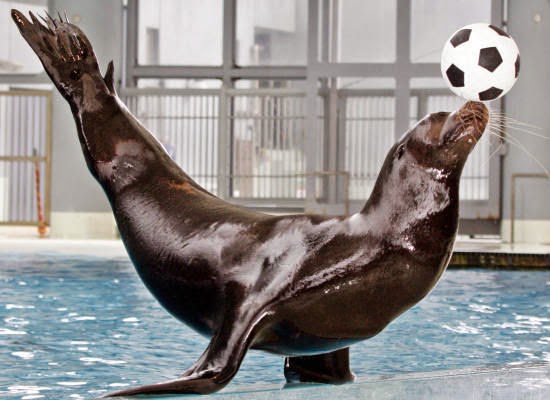 c) Comparison to Sting-Ray mouth
Looking further as this thing, the face at the top of the central form begins to resemble on some level the mouth on the underside of various kind of ray fish, such as the sting ray with its nostrils resembling eyes as in a simple child's drawing of a face. The jowls around the face also show up in Giger's art. Then there are the rows of gills either side of the face that might well reflect the positions of the valves. 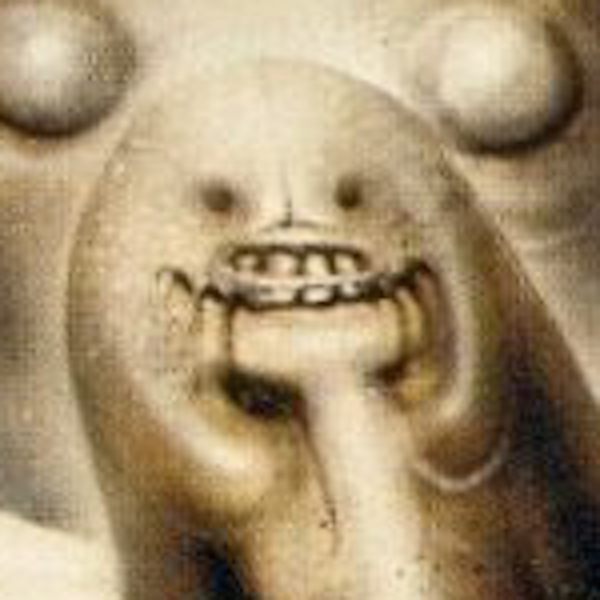 d) Further thoughts 16th April 2015
Someone I know posted a photograph of his baby son sucking an organic shaped video game console, and it drew me to make an association with this photograph, and then the musician thing with the clawed foot to the bottom of the right, that has a large baguette like thing sticking out of the side of the face but going off to the top of the right like a suckered tentacle is sexually entering the up into a suggestion of a woman's body where he legs and hips are present while the upper half of the body fades away. The baguette like shape follows the path begun by the male member like limb sticking out of the main croissant shape in the centre of the painting

e) Further thoughts 28th April 2015
Since I have come to terms with the concept of the mythical Hopi character Kokopelli being buried in Necronom III, (See Section A. V ) Revelation of Kokopelli in Necronom III) now I have come to an idea that a theme behind Mordor IV is the idea of a Manitou, a native indian spirit, and Giger wanted to paint a Manitee that would have been seen as a sort of a very ugly mermaid, merged with the features of a Manta-Ray but oddly had to settle for a sea-lion merged with a Sting Ray. So it might be about that string of failing word associations. Perhaps I am not looking for anything to back this up. So I will think of Mordor IV as Manitou-Manitee-Manta Ray!