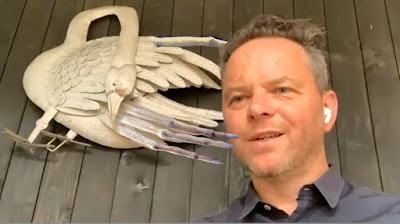 a) Pitching an Alien TV series for FX TV

a.i) Having ideas about a show

His idea was that on some level, Alien was the complete opposite of Star Trek, near enough about humanity at its worst

He thought about the time that Sigourney Weaver as Ripley says, ‘I don’t know which species is worse. At least they don’t screw each other over for a percentage.’

So he thought about how the alien life form tended to be in a story about being trapped: trapped in a ship, trapped in a prison, etc.

With that the Alien has this life cycle, where it goes from egg, to chestburster, to xenomorph, and there becomes a certain routine to it.

He thought that it would be interesting if that world could be expanded, especially if it was going to be a ten hour television series.
a.iii) Attempting at pitching the show

If there was two hours of action, then there was still going to be eight hours left.

At the pitching, he tried to tell them what the show was about.

His idea was to take the alien out of the show, and then find out what was the show about?

What are the themes, who are the characters, and what is the human drama?

Then the aliens would be dropped back in so that they could say "This is great. Not only is there great human drama, but there’s aliens!’" 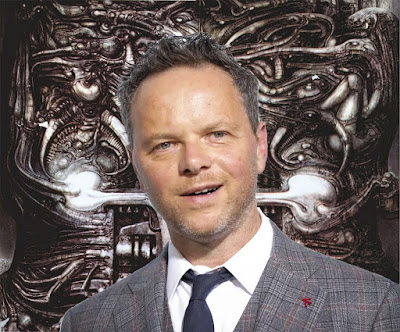 By  the 29th of November, 2020, Noah made it known to the Deadline website that the Alien series wasn't something that he had been having a conversation about in the last few weeks,

But then it appeared that he was having conversations from time to time and he wasn't committed,

He uttered the words "FX is moving quickly to bring audiences the first television series based on one of the greatest science- fiction horror classics ever made: ‘Alien,' Alien’ will be helmed by ‘Fargo’ and ‘Legion’s’ Noah Hawley stepping into the creator/executive producer chair, and FX is in advanced negotiations with Academy Award winner, Sir Ridley Scott—director of the first ‘Alien’ film and the sequel, ‘Alien: Covenant’—to join the project as an Executive Producer. Set not too far into our future, it’s the first ‘Alien’ story set on Earth—and by blending both the timeless horror of the first ‘Alien’ film with the non-stop action of the second, it’s going to be a scary thrill ride that will blow people back in their seats."

Breaking that down, it meant that Hawley would be set to write and executive produce the series under his 26 Keys banner, with “Alien” mastermind Ridley Scott in advanced talks to executive produce via Scott Free.

John Landgraf said that FX was moving quickly to bring audiences the first television series based on one of the greatest science-fiction horror classics ever made: 'Alien', and that the series would be helmed by Noah Hawley well known for the 'Fargo' and 'Legion’ series, stepping into the creator/executive producer chair,

Also it was mentioned that FX was in advanced negotiations with Sir Ridley Scott to join the project as an Executive Producer.

It was going to be a scary thrill ride that will blow people back in their seats.

d.i) Where the future human race stands
We could know that there was a Weyland-Yutani corporation, that there are these creatures that we know of as the alien, and well, we might ask about whether humanity has spread through the universe  and the series might provide some answers.

d.ii) Words on how humanity is trapped

Noah's words turned to how the Alien movies were about humanity trapped between our primeordial, parasitic past and out artificial intelligence future, and they're both trying to kill us as the human race.
The human beings can't go forwards and they can't go back.
d.iii) Nothing to do with Ripley

He had the need to say that She was one of the great characters of all time, and that her story has been told pretty perfectly, so he didn't want to mess with it.

Having said that, it was in a podcast from the 14th of June that he revealed have payed money to see Neil Blomkamp's Alien V that so far appeared to change the story of Ripley after Aliens

He has written a could of scripts so far and he was planning to make them in the coming spring.

He had seen how illuminating it was to see the entire film industry take a year off and they're not trying to jam two years of production into one year, and this meant that it was hard to plan something that could be made within the next six months.

At this point everyone was making up for lost time and so he would let the bubble that had developed burst a little.
d.iv) Aliens on the loose
Now he talked about how it would be a story set on Earth.
As he mentioned before, usually the Alien stories were always as it were trapped, as in Alien trapped on a spaceship, or in a prison.
He thought that it would be interesting to open the universe of Alien up a little bit so that the stakes of  “What happens if you can’t contain it?” are more immediate.
d.v) A story about inequality

On some level, it would be also a story about inequality.

Something that impressed him about the original movie was how it was really a blue collar space-trucker world in which Yaphet Kotto and Harry Dean Stanton.

To him they were basically like Samuel Beckett characters from Waiting for Godot who were ordered to go to a place by a faceless nameless corporation.

He saw how the sequel Aliens was such an ’80s movie, but still it was about grunts and thought that Paul Reiser as Burke was middle management at best.

It was the story of the people who were sent to do the dirty work.

In his series, the viewers were going to see the people who are sending them, and what happens when the  inequality we’re struggling with in the world of today wasn’t resolved.

So he was asking if we as a society can’t figure out how to prop each other up and spread the wealth, then what’s going to happen to us?

This would also echo Ripley's "which species is worst" comment to Burke.

e) See: Characters revealed
f) Details about the future
f.i) When it's set
Noah discussed with Esquire what was going on with his series.
It was set on Earth of the future, while FX chief John Landgraf would later be more specific to the point of saying that it was set near the end of the century which would be about seventy odd years into the future which would be right at the end of the 21st century

So what if there are other companies trying to look at immortality in a different way, with cyborg enhancements or transhuman downloads, and which of those technologies is going to win.

This ultimately becomes a classic science fiction about whether  humanity deserves to survive.

f.v) Thinking about planet in the future