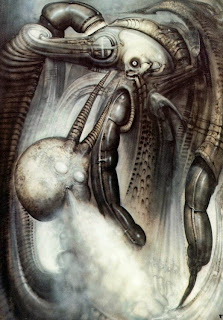 a) Mermaid Purse thoughts
23rd January 2016: I'm looking for various shapes. I had the idea that in Mordor IV, that Giger had thoughts about painting a manatee because it was often mistaken for a mermaid by some cultures, but there wasn't anything to directly paint based on that that was too inspiring and then he started painting something that was a combination of a sea lion and a sting ray. So here I am starting to wonder if the space around the horned face blowing gas, is based on the shape of a mermaids purse being a shark egg case with the face being the yolk sack. The strange sausage with string tied around it would be roughly inspired by the shark fetus before it took on a different role in the painting. 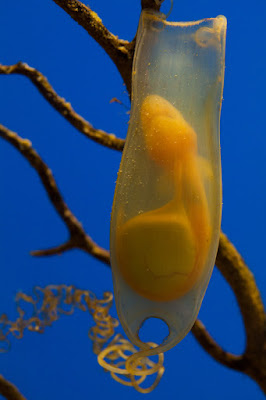 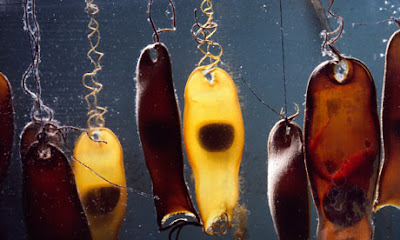 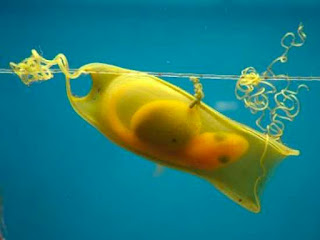