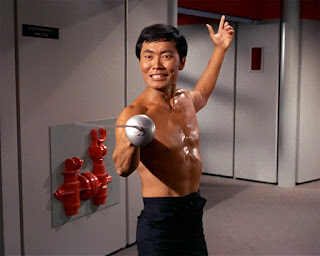 a) First broadcast : September 29, 1966
Star Trek "Naked Time" features the crew of the enterprise visiting a planet to pick up a group of scientists but they find that they have all died as if suffering from madness, their bodies are found around the building. A dead woman lies on the floor, a dead man is found fully clothed while taking a shower. They can not quite work out what exactly went on. 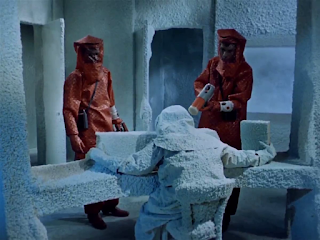 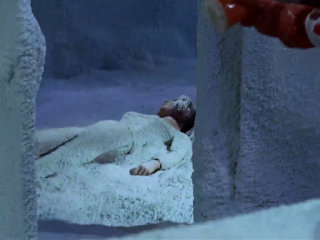 b)  Idiot plot
One of the Enterprise team for some strange reason while examining the area, decides to take his glove off to rub his nose with his bare hand, and then reach his hand around the side of a table and then rub his nose again, a liquid splashed up the side suddenly moves up to his hand and begins to infect him causing him to become aggressive, fearful about the way that humanity were spreading across the galaxy and later would mysteriously die as if all his horrors about life came to the surface and then he gave up living. It would require a slight idiot plot to cause him to become infected. However what looks near enough like a blood stain on the side of the table appears to move upwards by itself towards the Enterprise crew member's hand.

c) Infection?
Almost the whole crew of the ship would all soon become infected. Their unconscious urges coming to the surface as if drunk. Mr Sulu leaps around the ship with a fencing sword chasing people. One man Riley takes over the engineering room, and dominates the ship with his constantly drunken babbling and singing  being heard over the loud speakers across the ship as he begins shutting down the ships engines.

It's discovered that the water from the planet possesses a previously undetected complex chain of molecules that affects humanoids like alcohol, depressing the centers of judgment and self-control and is transmitted by touch. What caused the liquid to act alive though had not been included into the story 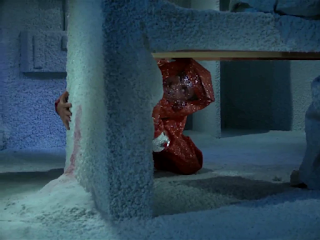 d) Influencing J G Ballard and David Cronenberg?
The plots of J G Ballard's High-Rise and David Cronenberg's Shivers that both appear to echo aspects of this episode of Star Trek, both seem to creep into the general story of Alien where crew become contaminated because one of the crew just has to go exploring in a dangerous place ignoring extreme precautions, echo this episode of Star Trek. a series which JG Ballard was known to watch.  Ballard didn't come up with a specific reason for the madness that the inhabitants of the tower block other than as a result of their own discontent, while a main character Wilder suddenly embraces his wildness during an experience in the communal swimming pool when he drowns Afghan hound while swimming, as a form of revenge on the upper stories of the building that he felt were compressing him in his dreams. Meanwhile the inhabitants of a Starliner Towers apartment block in Shivers becomes taken over by parasites and become overwhelmed by uncontrollable sexual desire. And so it's as if the Starship Enterprise becomes transformed into the modern apartment buildings in these other works. (See : Alien vs High Rise and also Alien vs Shivers vs High-Rise) 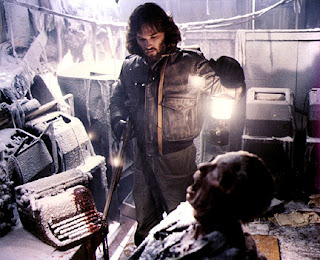