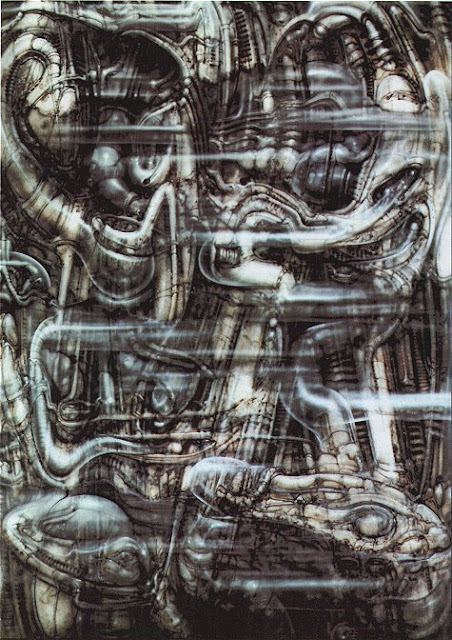 a) Ideas on 26th November 2015
Visions of a saxophone, merged with a couple having sex at the top, the male on the left shoves his male member into the female on the right who is bent forwards and from her head springs the mouthpiece that becomes a saxophone.
The bell of the saxophone supports the backside of the left figure that has bent stick legs like an insect.

The upper part of the right female's body becomes an impression of a face looking in the opposite direction and the lower part of the body becomes a short trunk.
Large heads of denizens at the bottom, the right might as well be like a vulture from Robin Hood disney cartoon with a bulbous beak tip that here becomes a transparent form, and becomes the side view of a penis.
An angular snake is on the middle right. 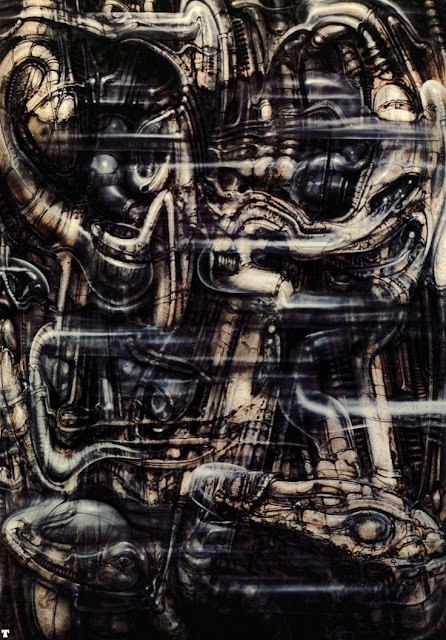