a) In 1957, Jack Kirby drew a comic book story "The Great Stone Face" for Black Cat Mystic comic #59, and it featured the discovery of the head of what seemed to be a stone giant and a giant in suspended animation with a heart that beats once every thousand years, the rest of his body is sitting as at the controls in a control room, exposing the idea that he was an astronaut, and being worshipped by a tribe in the heart of Africa .

See comic story further down the page for the comic book story..

b) Oddly this was long before Erich Von Daniken came up with ancient alien's theory and almost fortells the idea of the Pakal Votan Tomb Lid being  a depiction of a giant astronaut piloting a rocket. 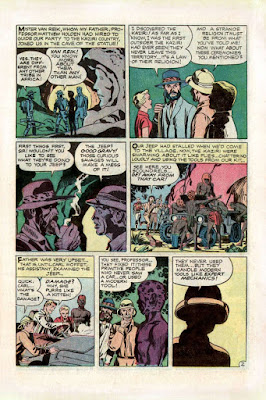 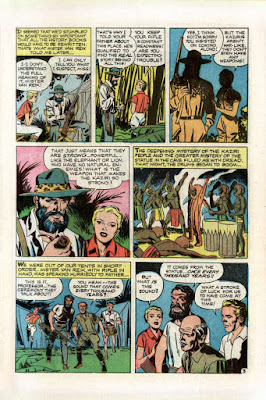 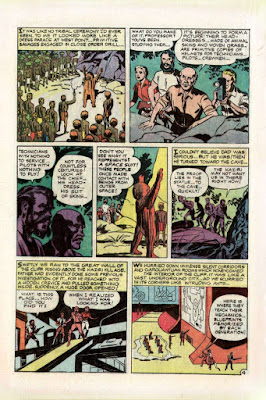 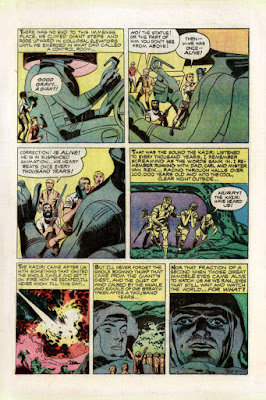