Alien: Trails of inspirations for the Derelict Ship scenario

and
Planet Of The Vampires


a) Looking for the inspirations for the Derelict
In Alien, we find the discovery of a derelict spacecraft with the remains of one dead pilot, perhaps the vessels captain, and a clue left behind by the dead space jockey in the form of a pyramid shape scratched into his control panel leads to a connection being made with later discovered pyramid containing the dormant remains of a long gone ancient civilisation

b) Tales of Mary Celeste
Wikipedia: A fictional depiction by Sir Arthur Conan Doyle is credited as popularising the Mary Celeste mystery. In "J. Habakuk Jephson's Statement", printed anonymously in the January 1884 Cornhill Magazine, Conan Doyle presented his theory on what had happened. Doyle drew very heavily on facts surrounding the real event, but included a considerable amount of fiction, calling the fictional ship Marie Celeste, and claiming that no lifeboats were missing ("The boats were intact and slung upon the davits"). Much of Doyle's fictional content and the incorrect name—have come to dominate popular accounts of the real incident—and were even published as fact by several newspapers. (http://en.wikipedia.org/wiki/Mary_Celeste)

c) Signs of Dracula
We can find this as an interesting trope in Bram Stoker's 1897 novel Dracula in the form of a ship there Demeter with its dead remaining captain  bound to the steering wheel (See: 'Dead captain and missing crew' origins in Dracula )

d) Derelict yacht in Call of the Cthulhu
A near derelict yacht the Alert, is discovered in HP Lovecraft's Call of Cthulhu written in 1926. The vessel with a small shrine aboard for a small statue of a strange giant alien god like being revealed in the story. The last surviving man aboard soon reveals his story. (See: "Mystery derelict found at sea" in "Call of the Cthulhu".)

e) Who goes there?
A story written by John W Campbell , published in 1938, perhaps loosely inspired by HP Lovecraft's At The Mountains of Madness in which a group of scientific researchers, isolated in Antarctica by the nearly-ended winter, discover an alien spaceship buried in the ice, where it crashed twenty million years before. They try to thaw the inside of the spacecraft with a thermite charge, but end up accidentally destroying it when the ship's magnesium hull is ignited by the charge. This story would later be filmed as "The Thing From Another World"

f) The Adventures of Tintin: Red Rackham's Treasure
Hergé released this comic book story in 1944. In a treasure hunt, an island is discovered where an idol of Sir Francis Haddock, ancestor of Captain Haddock, would be discovered and brought back to the ship, the Sirius. Then a ship, the Unicorn is discovered as a wreck at the bottom of the ocean. Amongst other things,  a box with fragments of a document are discovered, and the document when partially reassembled by Professor Calculus makes a mentions Captain Haddock's family estate, where in the cellar, a globe is discovered, the top pops off and treasure can be found inside.

So it's as if the structure of this story got into Dan's script, with the idol of Sir Francis Haddock being retrieved as the space jockey's head was, and then the shipwreck of the Unicorn beneath the sea becomes the derelict ship, the box with the fragmented documents becomes the triangle that the alien pilot scratches into the dashboard. Then Captain Haddock's family's estate becomes the pyramid with the cellar becoming the birth chamber and the globe with the treasure inside becoming one of the so called eggs.

See also Traces of "The Adventures of Tintin: Red Rackham's Treasure" in Alien?


g) Clifford Simak's Junkyard
The idea of an alien derelict ship presented itself to Dan O'Bannon through the short story Junkyard
published in Galaxy Science Fiction magazine, in May 1953,  followed by the X Minus One presentation of the story as a radio play in 1956. In this story the ship has it's engines ripped out by another alien race who left their engine parts behind since the organism in the tower made them forget how to operate their own engines.

h) Rocket crashed with  all but one of the crew disappeared in Quatermass Experiment
In 1953, The Quatermass Experiment was made for the BBC which featured a rocket that crashes to Earth landing in a British housing estate after it has been launched only hours earlier, but although the three crew were sealed inside, all but one had disappeared. However something that had been encountered in space had transformed the remaining crew member into something that absorbs any living thing that it comes into contact with. A movie version was made in 1955

i) Andre Norton's Sargasso of Space published in 1955
In Andre Norton's novel, explorers find looted wrecked spacecrafts, some of which of looted, and some thousands of years old. 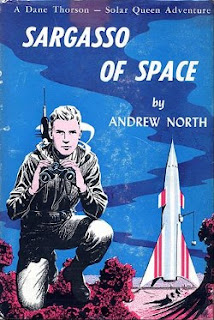 j) The Forbidden Planet movie's derelict city of the Krells
In 1956, the movie The Forbidden Planet was released, featuring a machine in the form of an underground 20 mile square complex left behind by a civilisation known as the Krell about 200,000 years ago, that had become a victim of their own technology that was designed to materialize anything that they could imagine projecting matter anywhere on the planet, and so the Krell became a victim of their own Id.

Dr Edward Morbius, a survivor from an earlier expedition that went missing twenty years earler, had been studying the technology and building left behind by the Krell and had his mind enhanced by the alien technology, soon discovers that a monster on the rampage killing everything is an extension of his own mind projected by the ancient alien machine. (See: http://en.wikipedia.org/wiki/Forbidden_Planet)

Dan O'Bannon when he saw this movie was very impressed by the idea of finding a wrecked alien space craft, and investigating inside of it, and finding the remains of the creatures.

In his version of the script, they find the wrecked spacecraft and then deduce that this alien creature was killed by something, and then they discover an indigenous pyramid in which they go and find the eggs, and this part of the story was inspired by Nigel Kneale's work


l) Derelict ship in Mario Bava's Planet of the Vampires
Renato Pestriniero wrote a short story in 1960 called One Night in Twenty One Hours detailing humans encountering the remains of dead extra-terrestrials coming to life and the remains of their crashed ships on an asteroid.

Later this story became the inspiration for Mario Bava's 1965 movie "Planet of the Vampires", which presented the image of a derelict ship with the skeleton of a human giant, the derelict looked to some degree like a giant beetle, the interior was a long ribbed circular tunnel leading into a vast central chamber which also served as a tomb like environment for it's skeleton of the deceased giant inhabitant.

The two lead characters Valérian and Laureline crash upon an planetoid and encounter a space cemetery where most of the spaceships "declared lost in the galaxy" along with "others from different systems too".

Although they wanted to take a closer look at the spaceship wrecks, the characters are in a boat on the water being taken away by the currents. 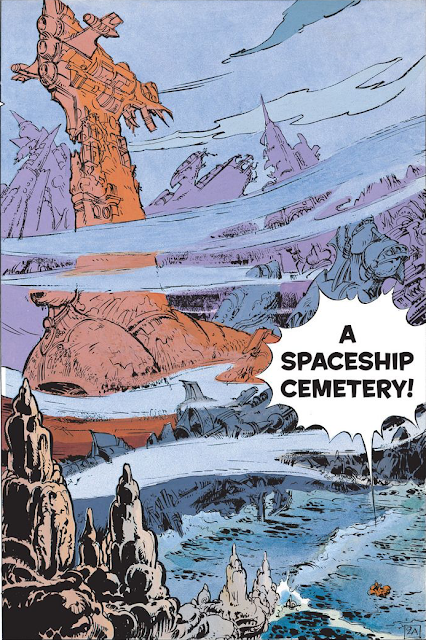 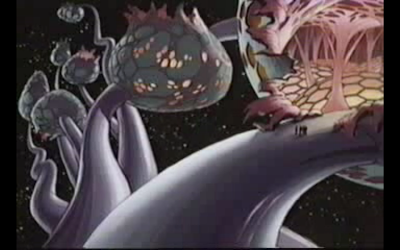