leading from
The Development of Necronom IV
and
Salvador Dali


a) The Running Influence of Salvador Dali
In 1972 Salvador Dali composed the sketch Nefertiti in 1972, Giger admitted that it was the sort of work of Dali that had inspired him but couldn't specify that this was something in particular.

Through the decades I wondered how it might relate to Giger's inspiration for the Alien beast although it was quite possible that Giger found his own way to drawing these elongated craniums without specifically trying to copy Dali, since Giger has shown an interest in Egyptian art since he was a young boy anyway.

In Giger's Necronomicon published in 1977 he talked about how he was able to meet Salvador Dali at Cadaques  in 1975 with the help his artist friend Robert Venosa, which led to Giger participating in the preproduction of Alexandro Jodorowsky's ill fated film project Dune.


b) In Landscape XVI painted in 1972 (work 209), we find elongated skeletal heads with translucent skulls developing.

c) In 1975, Giger painted Biomechanoid, (work 267) the head is an elongated skull with a translucent skin showing the nearly bare bone beneath and along the side we see the organic pipe or bar perhaps formed from bone that we will see on the head of the creature in the Necronom IV painting. 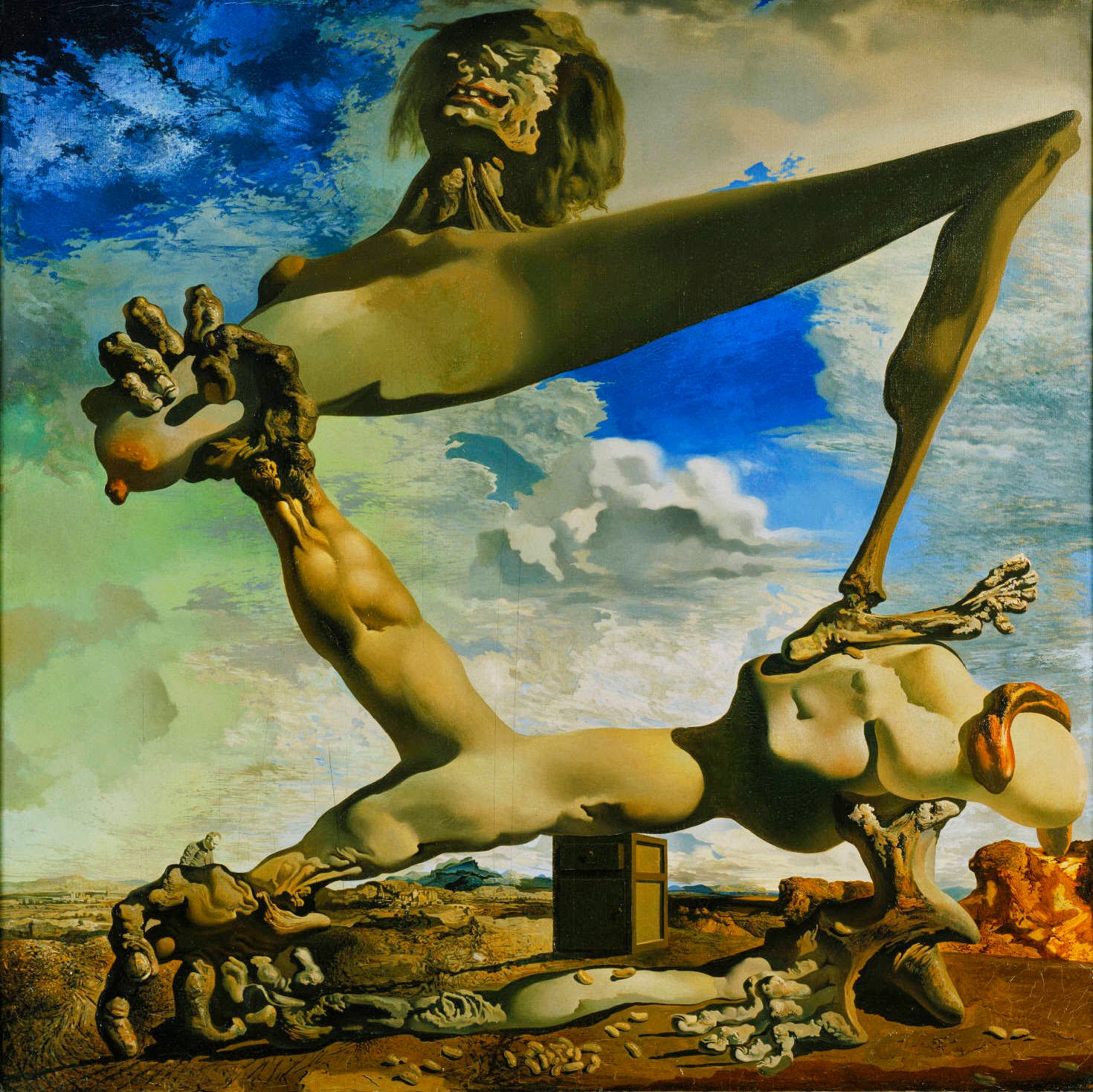