a) Revelation while on a train
Saturday 4th of April 2015, I had been thinking about what if one of the modern versions of the Fisher Price Cot Activity Centres could be turned into the flight deck of another Juggernaut ship as seen in Prometheus and then thoughts erupted on the train home in my brain about what would HR Giger have done if he biomechanised a Fisher Price Cot Activity Centre and then thought about how it might transform into his Passage Temple entrance from 1975. Then I discovered that the Activity Centre toy came out in 1973. The next thought came to me was telling me that he already got there.

b) Impressed by a Fisher Price toy?
But the idea is that Giger would have looked at this and be impressed by the amalgamation of all these different things on the surface into a confined area and then start reimagining the whole thing.
No one said that Giger had to make the original item particularly recognisable but but I think this Fisher Price toy which in its own time was a well known item in Europe would have been a starting point. 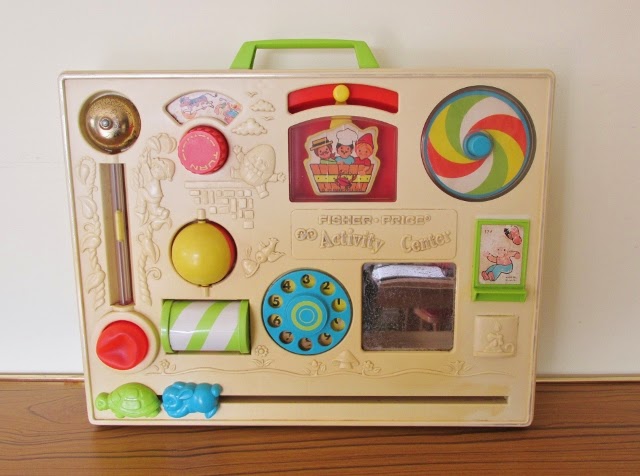 c) Initial comparisons
Apart from the fact that they both contain at least one horizontal roller, it would be hard to point out anything specifically that similar between anything, although maybe a form like the bell appears in a mutated state. And then Giger is likely to have reflected forms from the left side onto the right. Notice where the sarcophagus wall fragments and vaguely compares to the presence of the brick pattern from Humpty Dumpty's walls. This is almost a torturous comparison to make but the Fisher Price Cot Activity Centre deserves to be considered to be an amazing inspiring thing of its time. 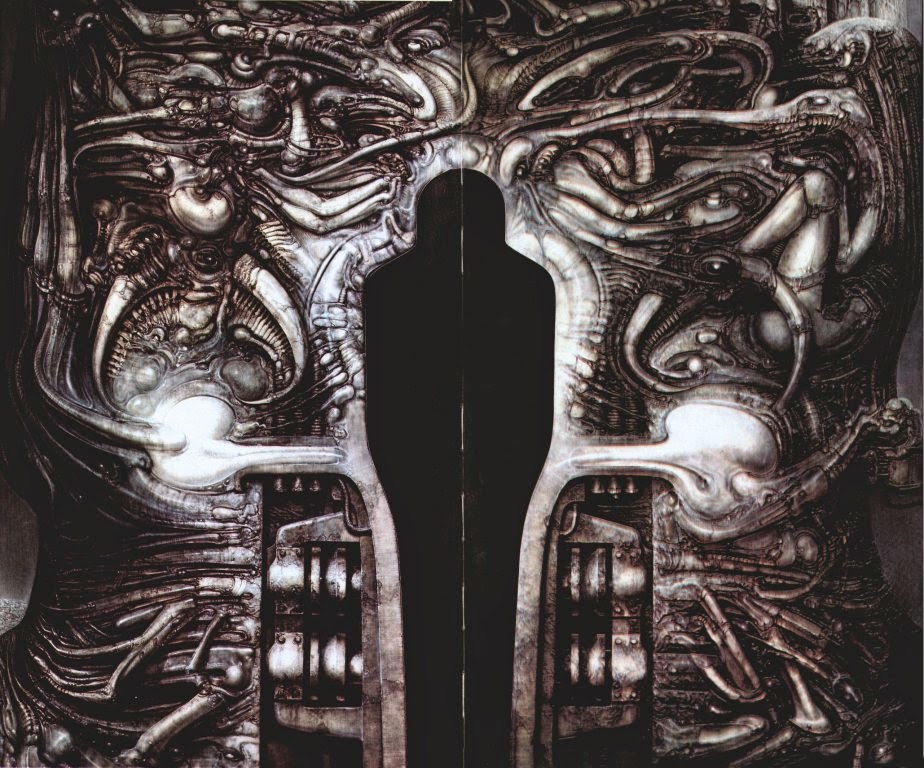 d) Comparing details
The horizontal track with the rabbit and the tortoise seems to have its representation in the form of a while horizontal bar with two blobs broken up by the sarcophagus opening.

The spirals in the spinning wheel start to turn into strange Gigeresque curved tusk fingers around the painting. The leaves of the beanstalk do perhaps too

The curvature of the semi humanoid figure in Giger's painting would also have been loosely inspired by the spinning wheel up at the right corner on the activity centre.

You'll find horizontal arcing shapes at the top of both, I suppose where the vertical pincer like forms are found would be where the ball shape would be and in relation to that, where the top red turning nob has been put the bell has been placed.

On the 5th of July 2015, I suddenly noticed a distorted version of the the face of the humpty dumpty within the left pincers


e) Other versions of the activity centre that came out later


e) Questions about the Juggernaut pilot platform
And then in later in the movie Prometheus, the flight deck of the Juggernaut ship becomes a similar sort of amalgamation of different things into one solid compact unit which was my starting point for asking the question. Perhaps the control keyboard in that movie was inspired by the rim of the sarcophagus in Giger's painting 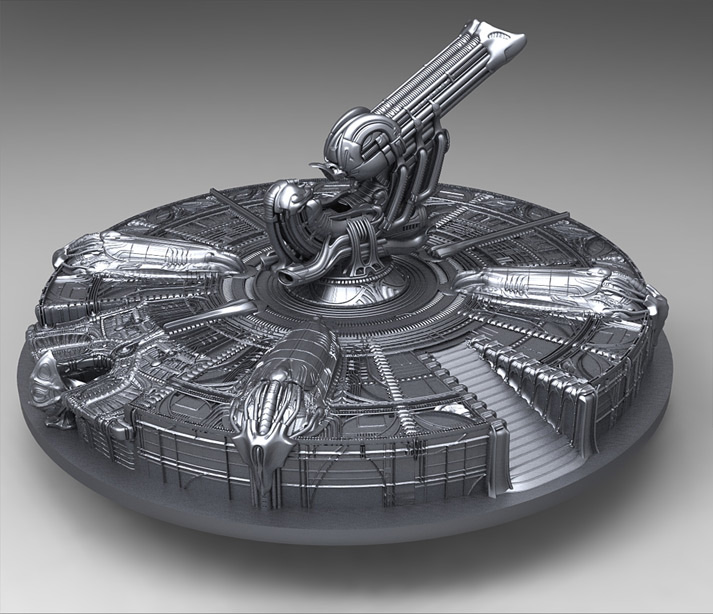 
g) See also: The design of the Facehugger's sculpted underbelly