a) Landschaft XXXI as witness in a videoclip began as two skeletal faces either side of the image with a knotted hollow  in between them. The face on the left had a long beak nose and the face on right was perhaps nothing more than a suggestion of a skull with an eye socket. The shapes of the skulls became broken up with smaller impressions of faces and soon the whole painting became a mass of snaking forms, goat head, bird beaks, and mammorh trunk and tusk like shapes, perhaps almost stuck in some form of tar pit all slowly fossilising away. He was filmed during the time that he painted this and so the clip was shown in the film Giger's Necronomicon 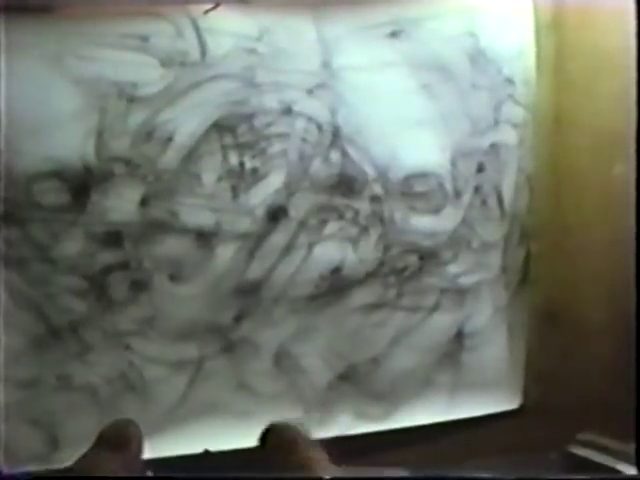