This is a painting of the creature near enough to the being the like the final version of the sculpture with a ribbed pipes along the side of the head.
Giger's paintings were concepts and were to explore the possibilities of the creature rather than be an exact plans.
This would confuse the likes of Tom Woodruff of ADI in the 1990s who would claim that Giger was not faithful enough to his paintings with his Alien creature.
Had Giger painted this before, during or after he created the final large alien beast sculpture ? 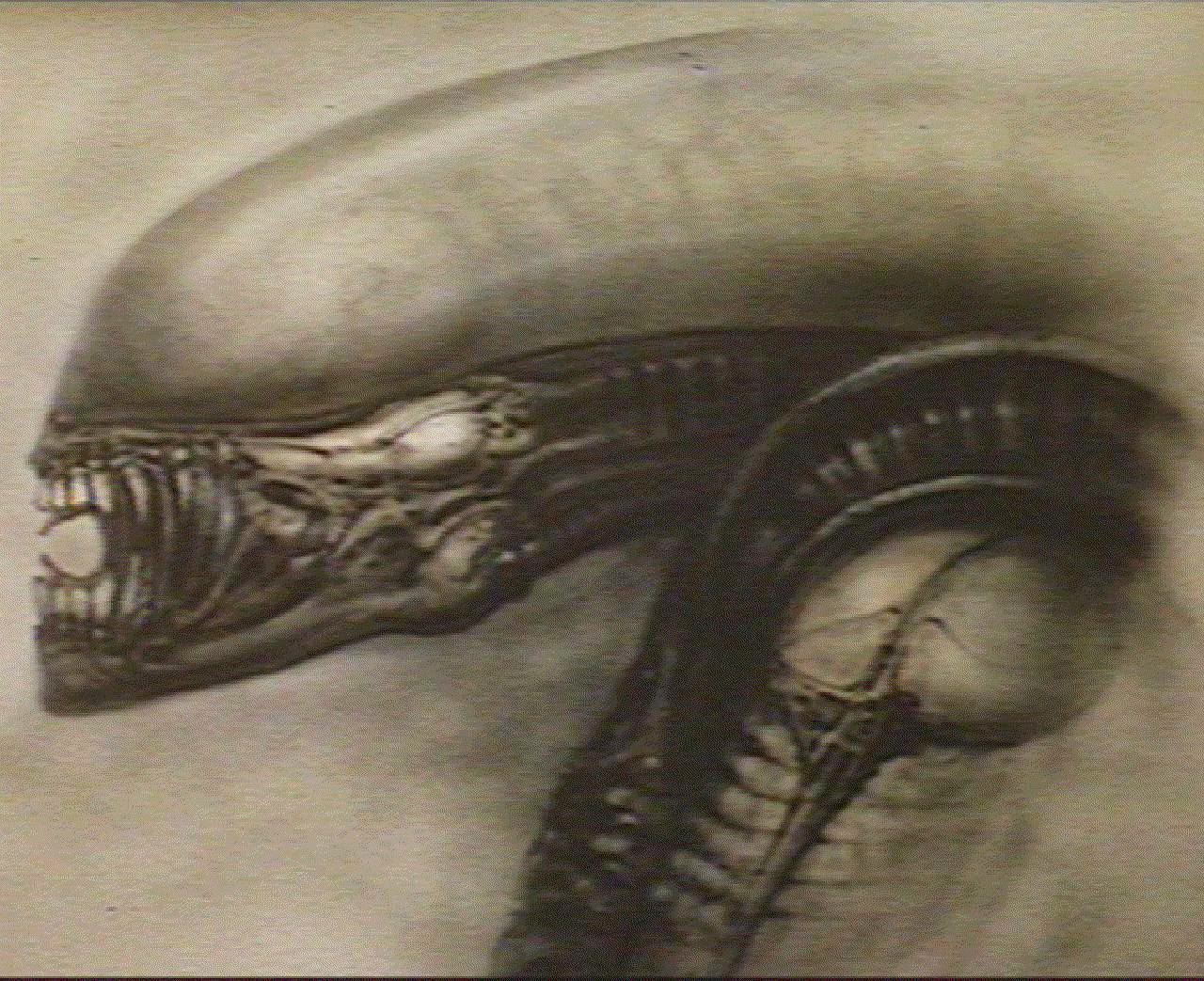