leading from:
Ash the Robot 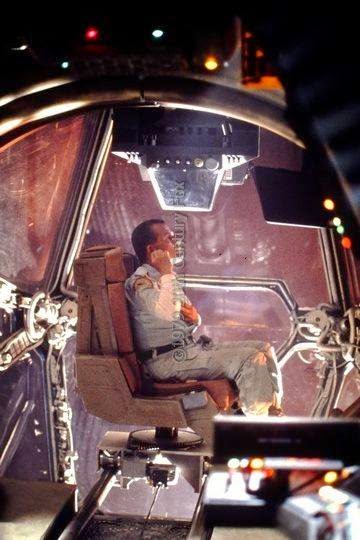 b) Fictitious backgrounds
If they had kept that fact that he was a robot from him, there were all kinds of things that they could have done from programming him to know at a certain point, like an emergency, or even putting a complete memory tape in him that would give him a complete background , background involving where he was born parents, schooling, which university he went to,  brothers and the whole thing but kept off the years and so for this reason Ian Holm was given a fictitious background for his character as he thought he was a human being. Ridley didn't really know which year Alien was set in, although 2075 was seen to be when they might have space colonies but they never pinned it down.