Alien: The arrival of Jon Sorensen

leading from
Alien: Creating The Nostromo
and
June 1978 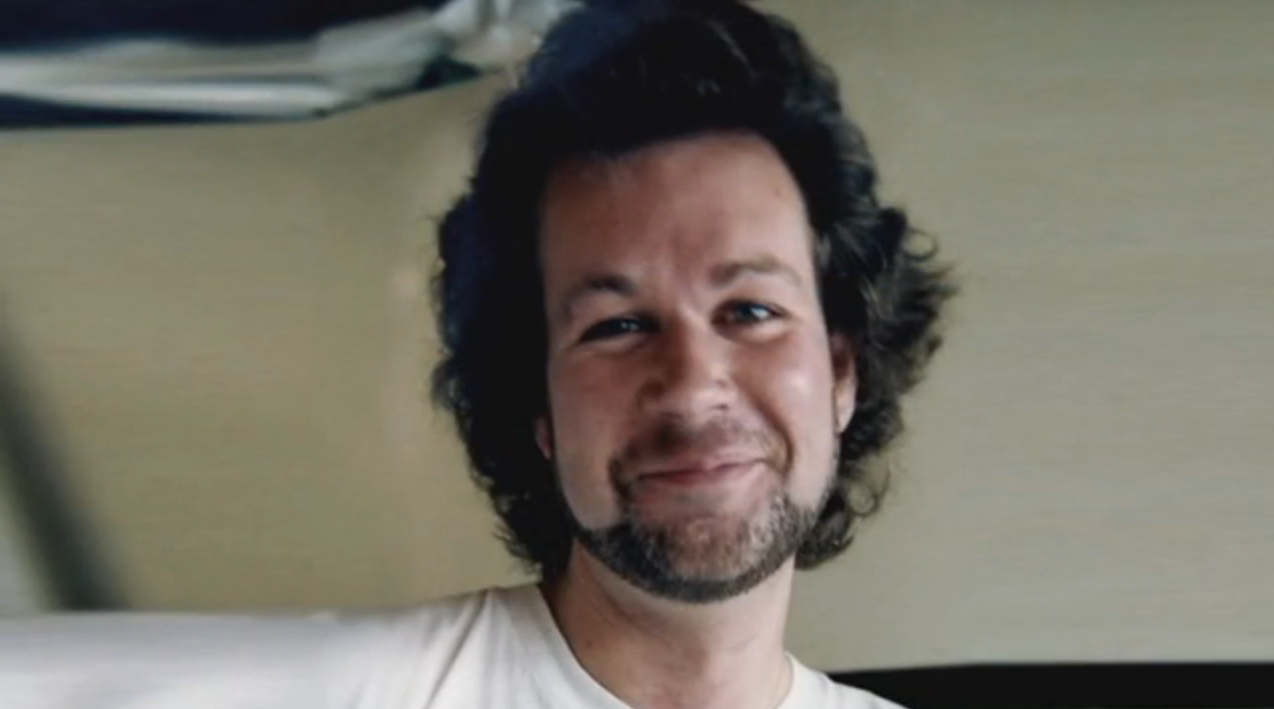 a) Yearnings
Jon Sorensen was not yet 20 when he joined, Alien.

He was at photographic school for about a year in Glasgow, Scotland, and during that period he had been inspired by the astonishing model work on a television series called Space 1999 to the extent that he built his own miniature spaceships and shipped them over to his college to photograph them and insert into star and nebulae art that he had done.

Around this time, Star Wars and Close Encounters of the third kind fired him up to make contact with the luminaries in the film industry. however in the highlands of Scotland he didn't know anyone.

He would go into the local library and lookup the Who's Who and find all the addresses of various people of the industry including Brian Johnson was the visual effects boss behind the effects of Space 1999.

He found that people were very kind and he traveled to many film studios and shoots to introduce himself carrying with him his large folio of work.

Brian soon sent back a letter, it said on the top of the letter headed notepaper "Alien", and Jon didn't pay any attention to it, he thought it was the name of a special effects unit that Brian had set up.

b) Arrival
Jon arrived Saturday the 24th June 1978 at Bray Studio around mid-day wearing a black velvet jacket to impress them as if he were a professional photographer, while carrying a small suitcase and £60.00.

Brian was sufficiently impressed by his selection of photographs, spaceships, landscapes, abstract composites and aerial photographs to say he might be able to use me on a film he was doing.

He was put straight to work, Brian wanted him to do photographic plates for the composites  involving taking photographs of the models and expanding them onto black and white to use them for special effects shots for the poster.

He also said he was building some spacecraft miniatures which he felt Jon could probably help with, as it if were like 2001 A Space Odyssey.

Thus Jon did a fair bit of this work and got into other things and soon got involved with the model department.

Brian at first was talking about Jon being on the film for ten weeks but it turned into a year.

Brian replied "no no, there's a dressing room, that you can have and a sleeping back in there"

c) The script and the dressing room
On his first day someone handed him the Alien screenplay "hey do you want to read this?" and the first thing that he did that night was take it up to the dressing room and read it, and he loved it, he was one of the people who hooked onto it immediately, he thought that in the way it was written, there was a magic immediately about the whole thing

The Dressing Room that he slept was the one used by the famous British movie actor Peter Cushing known for his roles such as Baron Victor Frankenstein and vampire hunter Professor Van Helsing in Hammer horror movies and also well known for his role as Grand Moff Tarkin in Star Wars.

He would shower in the one next door used by another famous British movie actor Christopher Lee known for playing Count Dracula, Frankenstein's Monster and the Mummy in Hammer movies,  the James Bond villain Scaramanger from "The Man with the Gold Gun", and Count Dooku in the Star Wars film, the Attack of the Clones and Revenge of the Sith

d) Jon and the Nostromo
When Jon had started modeling, the first thing he was that he was given to work on was the whole detachable back section of the large Nostromo model that was approximately ten feet long, the part containing the rocket motors and engines.

The supposed size of the real life Nostromo was 800 feet from nose to rear.

With Jon, the group consisting of Simon Deering, John Pakenham, Ron Hone and Bill Pearson worked alongside each other and were given responsibility for various sections, and out of this the whole grew organically.

He would watch the other members of the team with all their different disciplines and doing their various things, he felt that now he had arrived.

e) The wage
He spent almost two weeks on Alien and pay never occurred to him.

He had lived on nothing putting himself through Photographic school,  but soon Brian asked to speak to him in private and asked what would be a fair wage.

Brian mentioned a figure and Jon couldn't speak which it seemed as if Brian interpreted as "I'll offer him a little bit more."

The final wage resulted in Jon saying a weak "Thankyou Brian". It was an enormous sum for Jon and it was typical of Brian to be fair across the board

f) Cooked meal with green peas
John Birkinshaw, (also known as Mother) the flamboyant wardrobe man for Alien would insist on making John a home cooked meal once a week, (always with green peas because he thought that Jon needed the greens), and then they'd watch the late night "horror" movie, (always on Thursday nights), and John would regale him with his own stories of being a film extra in just about EVERY British movie of that period they watched!

John would respond "You're so intense! It's very disarming!"

He would sit and walk by the river during the weekends. His memories would peace, kingfishers, dragonflies, happiness, and if it rained a small black-and-white television he was loaned by Roy, the security guy at the studio, on which, as if fated, Jon saw Ken Russell's two dramas on the Lakeland Romantic Poets set in the English Lake District where he moved later and and would come to make his own films using that same landscape.

And then looking forward to the guys coming back in Monday morning for more really fun and creative work on the models.

The sheer generosity of Brian Johnson and Nick Allder, who were almost like "fathers" to young members of the team would be unforgettable.

Brian not only got Jon the dressing room, but when Bray were getting anxious about him staying there forever, Brian heard about it, and without telling Jon called up the studio admin and said down the phone "Is he in your way? No. Well he stays, okay?"

Eventually Jon managed to afford a lease on a house in Windsor and Brian got Bray to sign as Guarantors. Jon was so very pleased.

h) The legend of Number 6
Jon would wear a large lapel bad with the "Number Six" penny-farthing logo associated with The Prisoner TV series from the later 1960s on his Rousseau black velvet jacket.

He had been "laying waste" to the women of the neighbourhood (who should have had more sense, and then he'd come into the model workshop at Bray Studios the next morning worse for wear, and someone kept a beautiful pin-up calendar over the workshop telephone.

On those mornings would appear mysteriously a "Number 6" in the bikini area saying "6... Was He Here?"

And the legend would continue, Number Six, it is written, in later times was a guest of Brian Eke, where Six liveth for a period of three moons in a castle (trailer) behind Sir Eke's baronial seat, and lo, was Mr Eke aghast at the lewd slaying of ladies by Six in the Land Of Maidenhead.

It was rumoured that Six then moved for a period to the land of The Beatles wherein did he continue his unchaste behaviour (up) against the ladies of that fabled land. (What context these words have been uttered under remains a mystery for ever)

j) Finishing touches to the Nostromo