Michael Seymour: "We developed this thing called, what we called Greeblies, and greeblies were bits of anything from bits of plastic washing up bottles to wiring, fuse boxes, pipes, anything you can... and they were, dressing crews got very good at this, you, you you'd have this empty corridor and you go to the dressing room and say there would be Greeblies all over that wall and they would set to it, they would do it and they were very good, and they were very creative and when they were all screwed into place with lots of wiring coming out and pipes and so on and then we'd spray it all more or less the same colour, and then put like red signs on something here, bit of lettering there, so we built up this, this it was a texture really, a sort of a high tech texture going on everywhere in the ship" (Alien Makers III, 57:47 - 58:36) 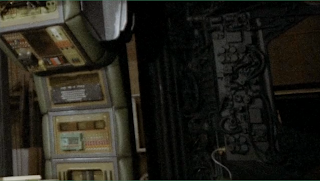 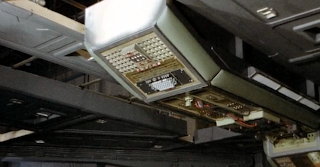 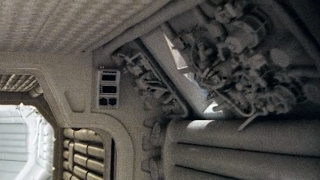