leading from
Aliens
and
Dan O'Bannon 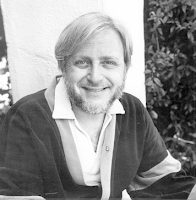 a)  Some appreciation for Cameron's movie
Dan O'Bannon thought that Jim Cameron's Aliens was pretty good because he did one of the few things one could have done to make a decent enough sequel, which was that he turned it on its head, and changing to a different genre turning it from a horror movie to an action adventure film, but still for Dan, this was not different enough. And once they had done that, there was really nothing left to do. Of the Alien sequels made during his life, he would think that Aliens was the best and that Cameron made good films anyway

b) Changes that he would have made
If he had been personally involved, he would have been more radical in the treatment of the alien itself. So if one watched the movie, there would be plenty of surprises and shocks again beyond finding out that there was a queen.

c) Changing it even further than that
But for Dan because of his effort to maintain high standards in terms of story, he thought it was impossible to do, and then again, if he had done it, it would have been an entirely different movie, with only a nominal link to the original, and if he was going to do that, he might as well call it something else.