a) The P K Dick challenge
For Ron Shusett, adapting a Philip K Dick story for a movie prevented a challenge. Dick was so brilliant with his set up, he painted the reader into a corner, but there was barely a second and there was no ending, and if one didn't match up his brilliance with the third act, the audience is going to be disappointed. So one has to go to extreme length, talent and luck to come up with an ending that's worthy of Dick's brilliant set up. 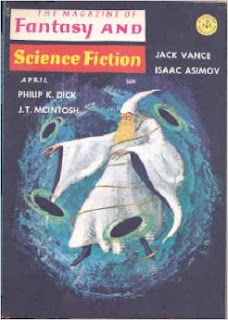 b) Discovering We Can Remember It For You Wholesale
The original Total Recall was called We Can Remember It For You Wholesale. Ron always read Galaxy and Fantasy Science Fiction and in the latter, it appeared as a 23 page short story. It was the first story that knocked him right out which he knew would make an incredible movie although one that was very expensive. He optioned that for $1000 up front.

c) Discovering his co-writer
He then became aware of Dan O'Bannon's work afterwards, and went to meet Dan who had just graduated USC, and was 28 years then.  (See: Alien: Memory Surfaces)