leading from
David Cronenberg and the Alien 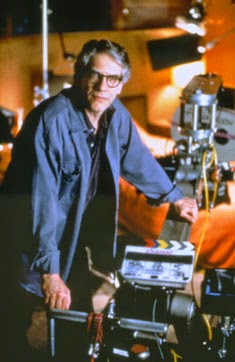 b) His Own Dilemma
But at the end of it, doing what he thought was a big budget schlocky horror movie or big budget movie wouldn't have been fun for him, slaving a whole year of his life on such a thing.

If he had made "Aliens 4" as he called it, he would have to deliver a movie, make the best version of it he can, not try to make it something that they didn't expect that might have been more personal to him and then have the studio fighting him.

He preferred to be honest and would have perhaps found himself in a situation where he was spending $80 to a $100 dollars of the studios money have having to be deceitful and battling with the studio. He wouldn't have tried to be deceitful but battles were typical in the studio system.

He wouldn't have made a movie that he would have enjoyed making, feeling that he was someone who would prefer to spend his time doing something he'd rather do than be locked into something that he'd rather not.

Also he wanted to make a movie where the atmosphere was good and the people were happy to collaborate. It wouldn't have been fair for the others who were being asked to work with him and were supposed to be sharing in the excitement about filmmaking.

Such a movie could mean giving away a whole year of ones life working on it and six months into it, perhaps it's February, winter, he would be asking whether he was suicidal or excited happy, but to projects like Alien Resurrection, his answer would be "I'm suicidal"

And so he turned around to them and said "You know, I don't even do sequels to my own movies; why would I do sequels to somebody else's movies?"