a) 29th of June 2015, Ed Arent in his posts at Weyland-Yutani bulletin shared some images showing comparable images between the Dark Horse Alien comic books and the Alien Resurrection movie.

b) In a story in Dark Horse's Second volume of comic book stories, the Aliens sacrifice one of their own to use the acid blood to escape.

The Aliens perform a similar escape in the Alien: Resurrection movie to escape from a holding cell 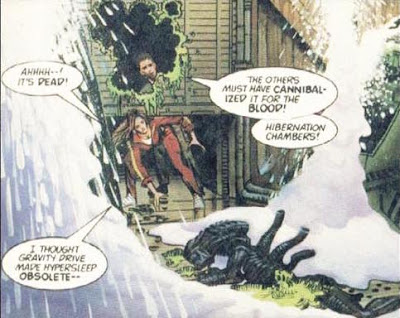 c) In Dark Horse's first volume of comic book stories, a Facehugger victim pulls another person onto himself as the chestburster is about to emerge killing them both.

A similar death took place in Alien Resurrection, Doctor Wren is killed when the character Larry Purvis suffers a chestburst and holds Doctor Wren's head against his chest as it happen. 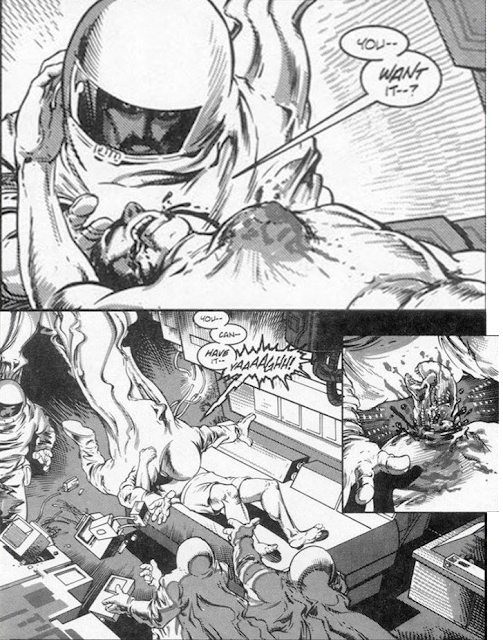 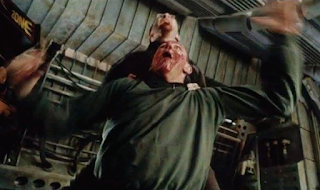 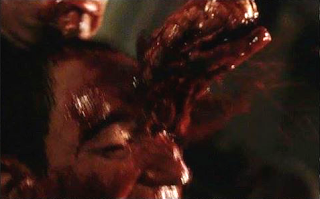 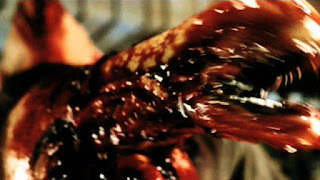