Connecting "All is Full of Love" video with Alien

a) When he came to make the music video All is Full of Love, featuring a Bjork in the form of a female android creating another female android as a lover that is a copy of the first one. Perhaps some might consider there to be a strange atmosphere to it that might almost be comparable to that of Alien which he could consider a good thing since he thought that the older one got, then things from ones childhood come back. 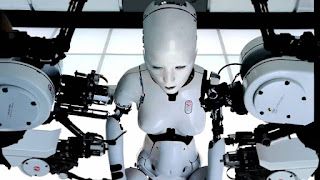 b) Perhaps parts of the Nostromo's interior could be comparable, the brightly lit shot of the sleeping chamber, the white corridors, and the medical bay. At the time he made the video, he was working for Ridley Scott's company Black Dog Films. 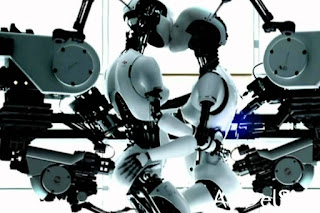