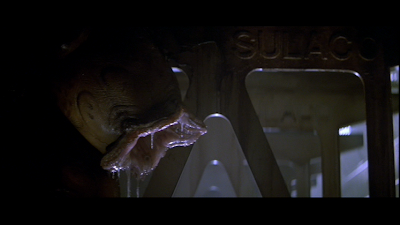 a) Linking with the end of Aliens
The previous movie Aliens ended after with the closing music in the director's cut with a film joke featuring the sounds of facehugger's feet. This however became the connecting thread from the previous movie Aliens in terms of how to introduce the alien creatures into the new movie. Without any clue as to how it got there, an alien egg is discovered beneath the floor of the landing room in the Sulaco by the camera and then from here a facehugger crawls out to infect someone. 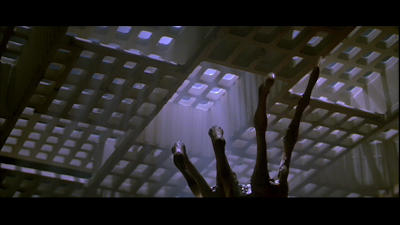 b) Where Aliens left off
At the end of Aliens, the alien queen has gotten aboard the Sulaco to have it's fight with Ripley before it is thrown down the hatch and sucked out into space. We didn't see it deposit an egg anywhere and it was probably in no position to lay one. If James Cameron hadn't added the sound of facehuggers feet as a film joke, they probably wouldn't have begun Alien 3 in this manner.