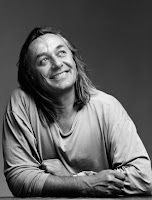 16th December, 2010 Dariusz Wolski was announced to be the cinematographer for the Alien Prequel when he was quoted by a user with the name Jannard on Reduser.net as having having said in chat about the Red Epic 3D camera that he would be using:

"In my opinion, the new Red Epic camera is about to revolutionize all spectrums of the film industry.

I am going to use Epics in my new project directed by Ridley Scott. I am amazed with the quality of the image and the fact that you can shoot 5k at 120fps without compromising resolution, and most of all the size of the camera.


Combined with the Element Technica Atom 3d rig, we will be able to shoot a 3d movie with the flexibility of a conventional cinema camera.

I don't see anything that comes close to it at the moment. I can't even imagine the potential Epic will have on the big blockbuster industry as well as independent cinema." (source http://reduser.net/forum/showthread.php?53072-Ridley-Scott-and-Dariusz-Wolski)
Posted by wmmvrrvrrmm