leading from
Alien: The Nostromo
and
Jean Giraud / Moebius' Art

a. ) A major inspiration for Ridley Scott were drawings by Moebius as featured in the comic book Metal Hurlant (and it's American counterpart Heavy Metal) that Ivor Powell introduced him to while while filming The Duellists in Dordoigne. 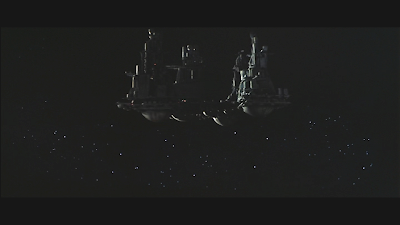 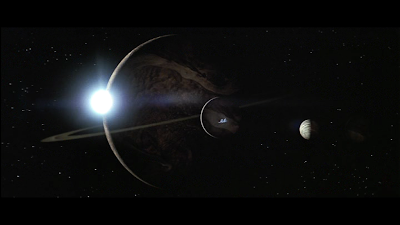 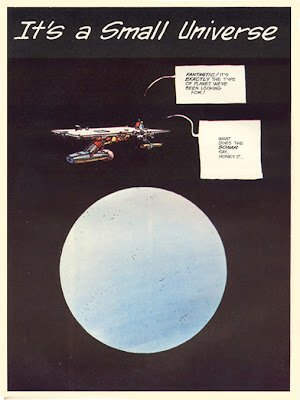 b. ) When Ridley made the sudden jump to having Nostromo's refinery platform as a large squarish shape we might ask where Ridley took the inspiration and we can see it clearly enough in this comicbook story a likely answer.

The first image from the comicbook story shown here reveals the vessel approaching a planet somewhere out in space and the others of it landing on the planet. This craft comes to rest with the upper rectangle floating in the water with the rest submerged.

c. Ridley's early storyboard known as a "Ridleygram" of the refinery before the planet appears to show a wide straight platform with similar sized attachments beneath the structure held by slanted support pylon
d. i. Moebius' spacecraft is most likely a general parody of the original Star Trek's Starship Enterprise, but as a small space ship and with a rectangular top instead.