Twentieth Century Fox had no idea that Blomkamp was developing an Alien 5, so in that sense, what he was doing was completely unsanctioned and just basically for fun, although it wasn' just for fun to Blomkamp, because it was what he wanted to do next and he spent a long time doing it, so in his opinion there was a lot of effort that went into it, and when he came back to Vancouver, he had an entire year to work on the film, so he got into developing the entire movie along with the artwork
while he was taking brakes between the post-production of his movie Chappie winding down and visual effects getting under control.

In February 2015, the issue was suddenly becoming whether Blomkamp felt like directing another film rather than whether he wanted to direct an Alien movie because he had wanted to make an Alien movie for years and years and within the same month, it was declared that it was officially his next film.

But his own thoughts were " I’m just not going to do it, I’m just going to put it out."

But when he spoke to Sigourney Weaver, and she wanted to execute the story that he wrote and thought it was the right story for Ripley. and so his thoughts were "Nah, I'm fully going to do this". 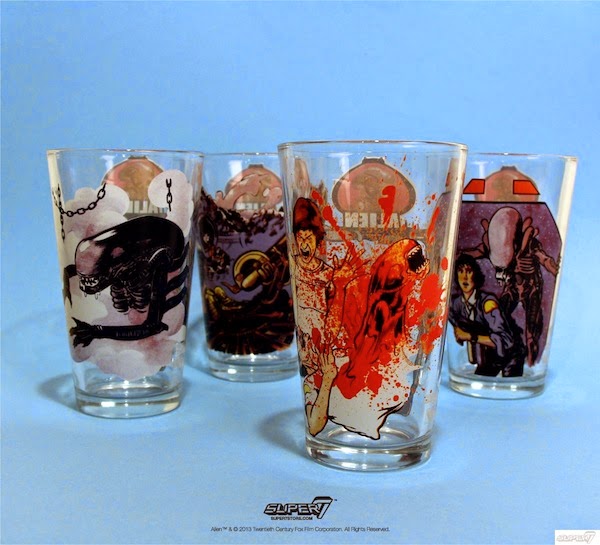 b) Alien Life Cycle Glasses as a portent

When Neill got back to Vancouver in 20014, unclear of what he wanted to do, he found that his artistic compass was driving him to Alien. There he was is own home full of Alien memorabilia, and his wife Terri Tatchel who's also his screenwriting partner , was drinking from a glass one morning when he was readying to go to edit Chappie,  it showed the life cycle of the alien on the glass, and Terri was looking at it and Neill was still saying " I don't know what to do".

Terri responded "Look, look at what you make me drink my orange juice out of every morning. Is there something wrong with your brain? I'm drinking out of a glass that has a frigging facehugger on it. And you don't know what you want to do next?"

Then Terri pulled out of the cupboard the rest of these glasses that depicted brutal scenes from the movies and she said "you make your daughter drink out of these cups , this is a sign"

Neill responded "Mmm, you have a point"

What appealed to him about making a movie in the Alien world  was that he would be dealing with Freudian terror, such as the idea of going down dark passage ways with the chance of something coming around the corner and terrifying the viewer on the level of some primal neolithic cavemen getting hunted by a lion. This was Blomkamp's goal. He saw how Cameron did it with more aliens and more guns, while Ridley did it with slow burning.