Prometheus notes from Carlos Huante's video at Vimeo (password-Kraken)
I have tried to interpret the handwriting as best as I could and perhaps I haven't got everything right. 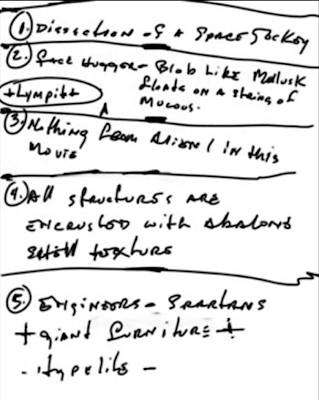 a) Page one of notes on white paper
"     1) Dissection of a Space Jockey
2) Facehugger - blob like molusc floats on a string of mucus (+ lympits)
3) Nothing from Alien 1 in this movie.
4) All structures are encrusted with abalone shell texture
5) Engineers - Spartans + giant furniture + -????-" 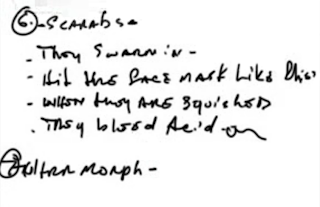 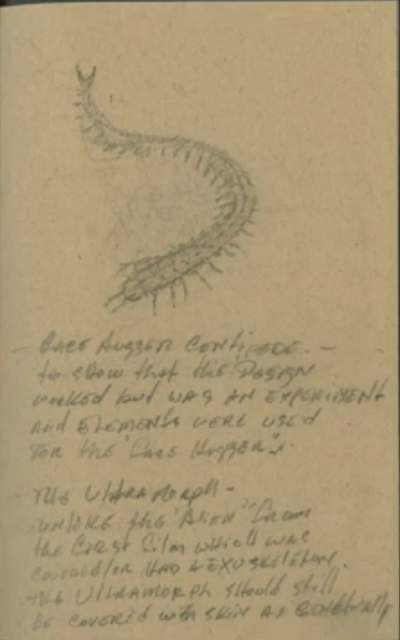 The Ultramorph - unlike the "Alien" from the first Alien which were covered / or had a exoskeleton, the Ultramorph should still be covered with skin as genetically"

(Transcribers note: N.B. I first thought that the word "genetically" was "centrally" but it's makes sense if Carlos wrote "genetically" or does it?) 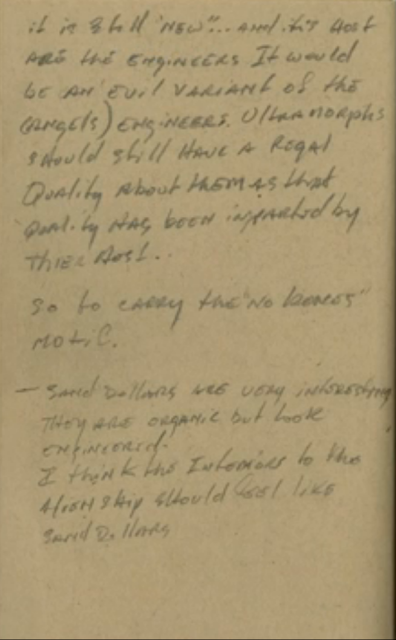 d) Brown book page two
"it is still "New"... and its host are the engineers. it would be an evil variant of the (ANGELS) Engineers. Ultramorphs should still have a regal Quality about them as that quality has been inspired by their host.

So, to carry the "No Bones" motif.

- Sand  Dollars are very interesting. They are organic but look engineered.
I think this interior to the Alien Ship should look like Sand Dollars." 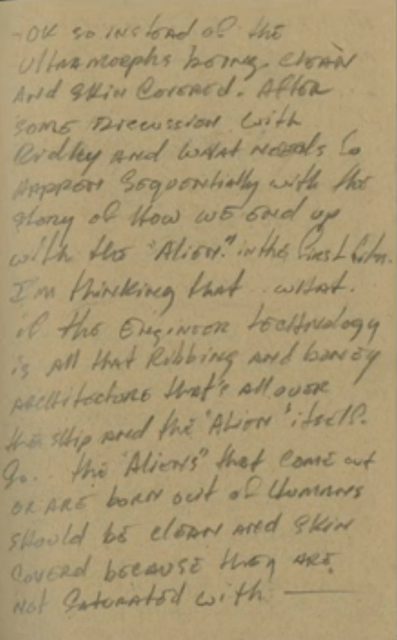 e) Brown book page three
"Okay, so instead of the Ultramorphs being clean and skin covered, after some discussion with Ridley and what needs to happen sequentially with the story of how we end up with this "Alien" in the first film. I'm thinking that what if the engineer technology is all that ribbing and boney architecture that's  all over the ship  and the "Alien" itself. So... the "Aliens" that come out or are born out of the humans should be clean and the skin covered because they are not saturated with ----------" 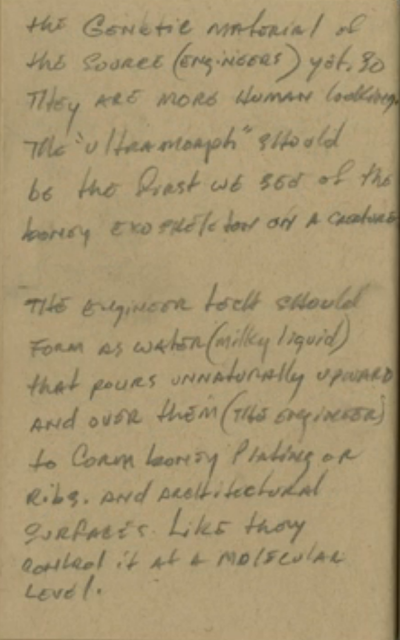 f) Brown book page four
"the Genetic material of the source (Engineers) yet. So, they are more human looking, the "Ultramorphs" should be the first we see of the boney Exoskeleton on a creature.

The engineer tech should form as water (Milky Liquid) that pours unnaturally upward and over them (The Engineers) to form boney plating or ribs, and architectural surfaces. Like they control it at a molecular level." 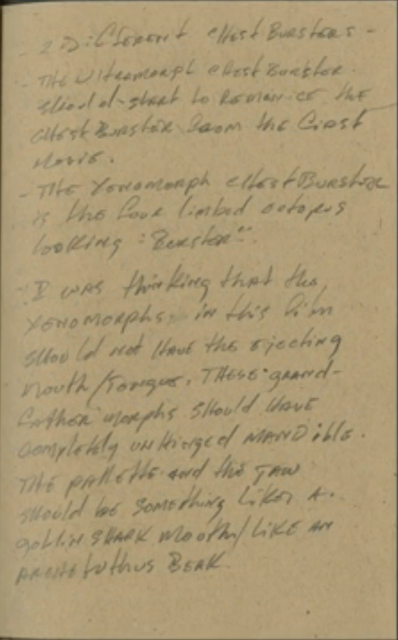 - The Ultramorph chest burster should start to remain as the chestburster from the first movie.

- The Xenomorph chestburster is the four limbed octopus looking "Burster"

- I was thinking that the Xenomorphs in this film should not have the ejecting mouth/tongue. These grandfather morphs should have completely unhinged mandibles. The pallette and the jaw should be something like a goblin shark mouth/ like an architeuthis beak." 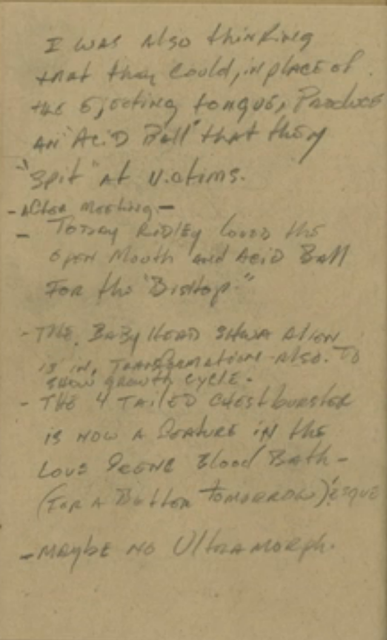 h) Brown book page  six to seven
"I was also thinking that they could, in place of the ejecting tongue, produce an "Acid Ball" that they "spit" at the victims.

- Today Ridley loved his open mouth and Acid Ball for the "Bishop".

- The Baby Head Shwa alien is in, transformation also. To show growth cycle.

-Maybe no Ultramorph."
(transcribers note Huante writes Shwa whatever that means, and he uses this word again in the labeling for this creature design image on his website) 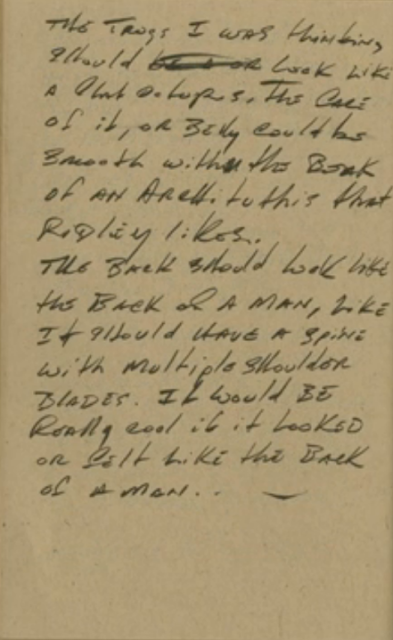 i) Brown book page eight
"The trogs I was thinking should look like a black octopus. The face of it, or belly could be smooth with the beak of an architeuthis that Ridley likes.