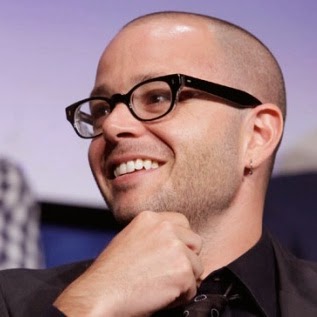 a) Damon is incommunicado
The TV series Lost had been finished in May of 2009 after a six year run, Damon decided to drop off the face of the planet and go to Italy with his family for a month, telling everyone that he would be incommunicado

b) Returning to Hollywood
When he returned, he let everyone know that he would like to do a movie project.
He had already committed to Star Trek 2, but J.J. Abrams was still putting the finishing touches on Super 8 and so it would be two or three months before work on Strar Trek 2 would begin.

c) Contact in Ventura Boulevard
For about two days after he put that signal out, he was driving down Ventura Boulevard in the Valley and his agent Todd called him and said “Are you available to talk to Ridley Scott in five minutes?”

He slammed on his brakes for some inexplicable reason and pulled over.
He didn’t want to be driving through some bad cellular zone on the phone with Ridley Scott.
So he just sat there and prepared to sit there for two hours.
As far as he was concerned, the words ‘Are you ready in five minutes’ when one’s talking about someone of Ridley Scott’s stature,  could easily mean 'just be prepared to wait a while.' which could just end up being two hours.

Five minutes later, the phone rang and it was Ridley saying to him "Hey dude, it's Ridley,  I've got a script, I'm going to send it to you, tell me what you think"