Max Headroom as a running theme ?

a) Arthur Max's team designed the mysterious chamber known at some point as "The Ampule Room" and also as "Steve Messing" was able to mention, "The Head Room". One might take the "Head Room" and Arthur Max's surname, connect them together and get "Max Head Room" and wonder what sort of a connection Arthur Max might have felt towards this semi-computer generated character. Numerous people were making the connection with Max Headroom seeing the head dominating the room since Max Headroom was such a popular character. 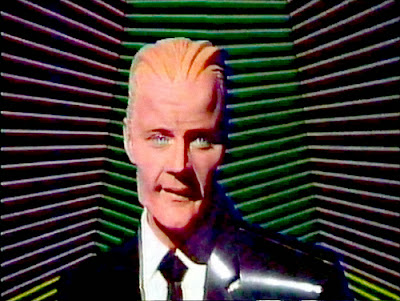 b) By 14th November 2013, on Facebook, I noticed that a certain Tracey B came to ask without this knowledge why David the android in Prometheus looked remarkably like Max Headroom. 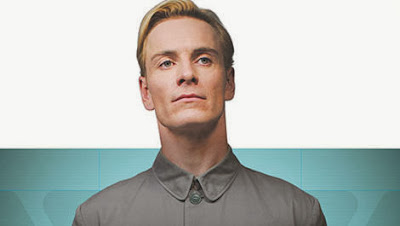 c) I took another look at Arthur Max's background and found that back in June 1st 2012, Brendon Connelly of www.bleedingcool.com was able to trace Ridley Scott and Arthur Max's first meeting to when they made a Max Headroom Coca Cola commercial in the mid eighties. On his page he has a link to the commercial