a) As part of the new Alien creature's life cycle Giger also created a 'Super" Facehugger, which was based on his old Facehugger design.

This new creature evolved from one of the first scripts that had the creature swimming.

For this he visualised how it would move and the fingers would retract, so that it would crawl just under the water's surface. 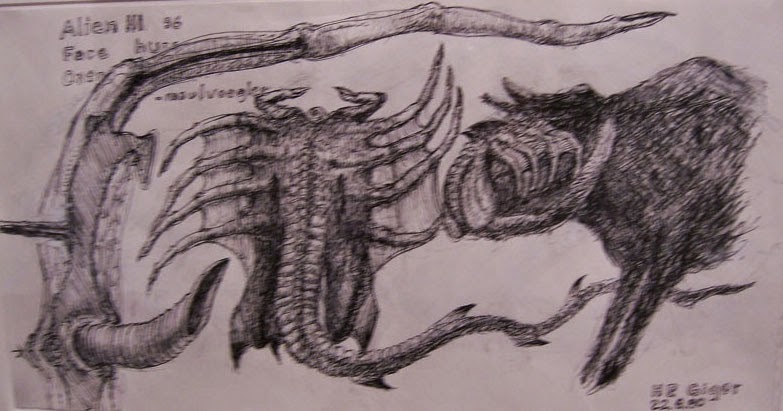 c) Facehugger hidden in victims chest (source: http://www.angelfire.com/)
Here the face hugger is drawn as if it's a ribcage
d) Drawing for Alien III, CIV, Facehugger in Ripley

The face in Ripley, with the tail around the cranium 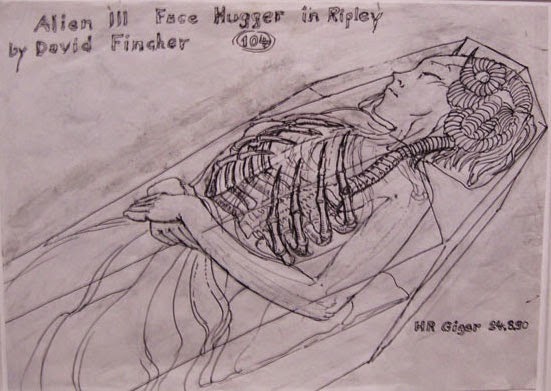 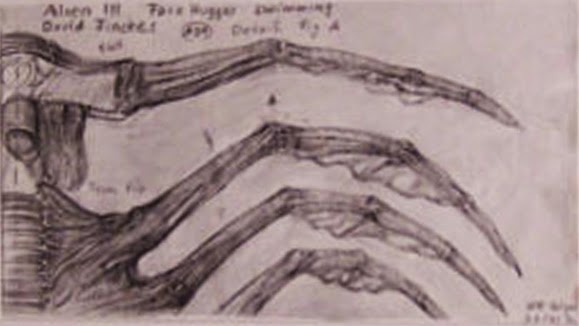 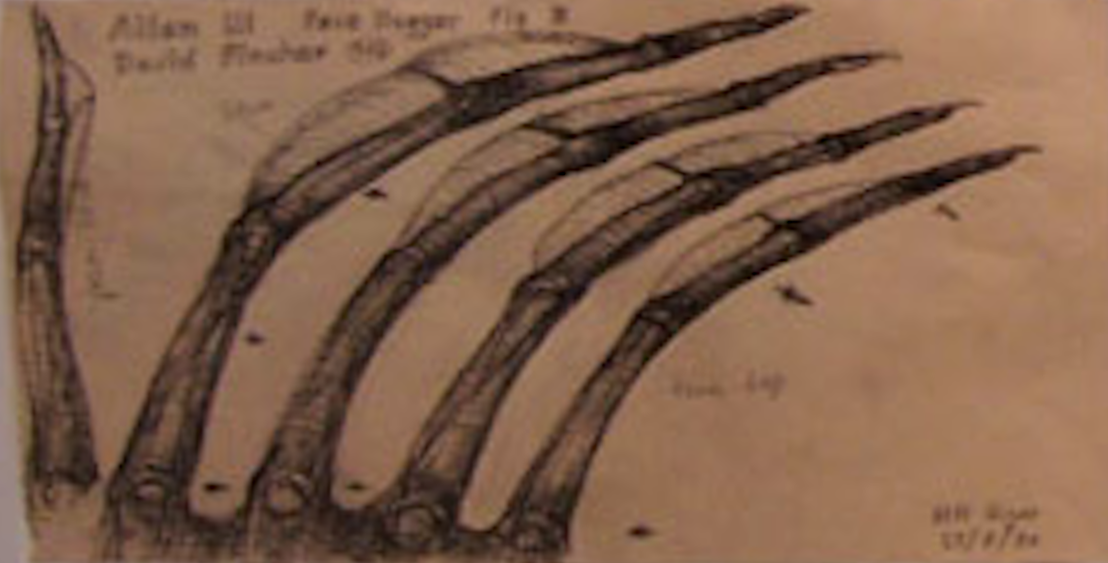