leading from
Alien: The Chestburster

Ridley Scott had a situation to deal with, that if he wanted to be really scared, it had to connect with a very private thought.

He had to think about what physically made him feel really uneasy that upset him in a primal way, and Ridley was someone who was not easily made to feel upset.

In the Alien production, when they looked at various painter's work one one that caught their eye was the Crucifixion by Francis Bacon from 1944 that showed three fleshy necks with jaws on the end and as Giger described it, rat's flesh.

The primality of the painting, if there was such a word, was what interested Ridley.

Ridley told Giger that he wanted something like that, and Giger found the idea was logical. 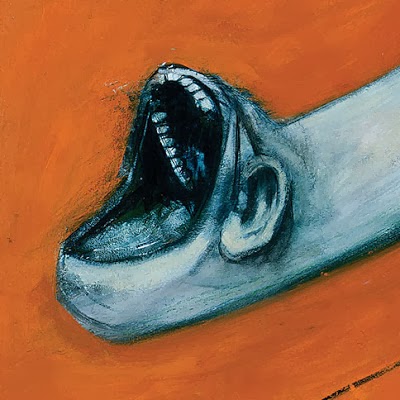