Alien 5: The return of Michael Biehn as Hicks 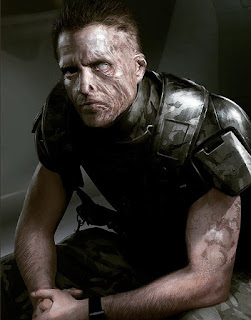 a) Biehn's appreciation of Blomkamp's work
When Michael Biehn saw District 9, he was glued to his seat uttering words such as "Wow"

b) Biehn's understanding of the film story
Neill Blomkamp brought forth the idea of making another Alien movie, or more so an Aliens movie that would include Michael Biehn as Hicks.
Despite the fact that Biehn's character Hicks and the young girl Newt died at the beginning of Alien 3, both characters would be brought back to life for this movie as if Alien 3 and Alien Resurrection had never occurred.
It would be a question of passing the torch onto the character Newt , who would be about twenty seven years old but would be played by someone other than Carry Henn.