Images 22 to 27 and then 30 from Giger's drawings for Prometheus, done at a time when it appeared to be too late in the production to do anything with them

a)  Image 22: Prometheus Deck Element , 30th March 2011
On the 30th of March, Giger drew deck details , one featured a eye like form where two oval hoops life forms intersected with tendrils hanging down beneath it and humanoid legs beneath as well. 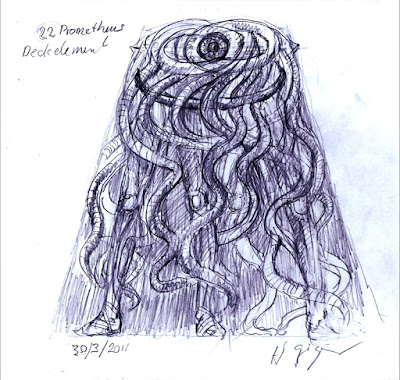 b) Image 23: Prometheus Deck Detail, 30th March 2011
The other featured a font with a shape like a pupil at the top looking upwards to make it seem like an eye, and water would pure along a channel down the centre,
Either side would be faces with trails of flame like patterns and hands reaching out..
The hands would echo the hand like forms at the end of the alien's head.
This would be a waterfall. 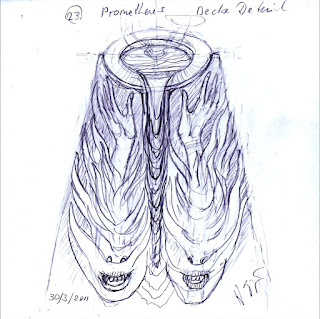 c)  Image 24: Deck Element 6th March 2011
In April, he draw a deck element which featured a font decorated with a creature that might be a sort of a primitive face hugger.
The words Waterfall have been erased from this image.
On the upper left corner a crescent moon an be seen 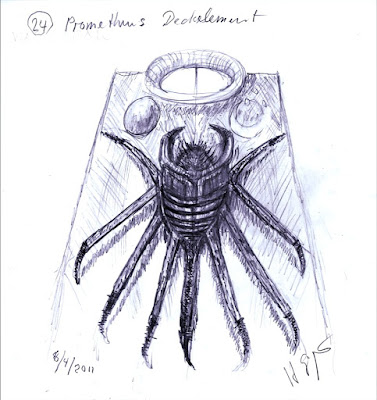 d) Image 25: Prometheus Deck element, 6th March 2011
Here we have a waterfall, perhaps like the idea of the waterfall that appears at the beginning of Prometheus.
Giger had once created a painting called Cateract (work 351) featuring a waterfall in 1977, but this drawing looks near enough absent of biomechanical details 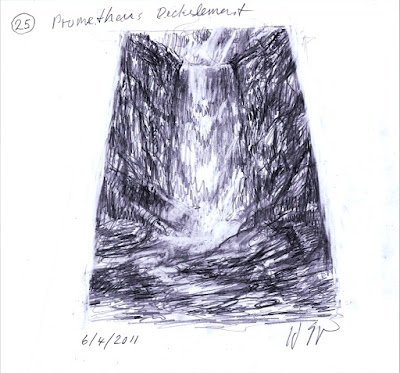 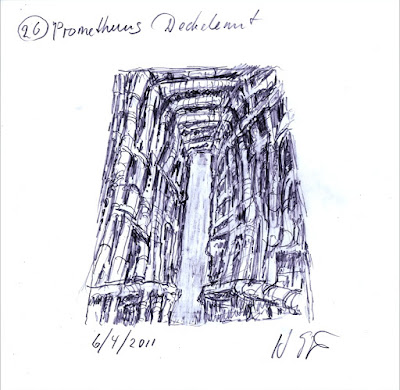 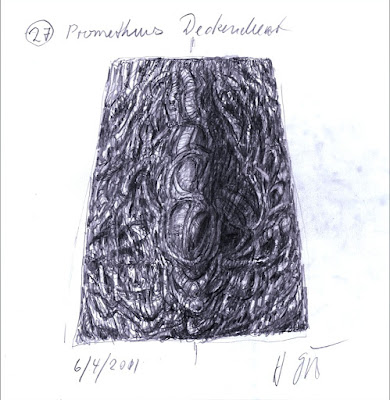 g) Image 30: Deck element 11th April 2011
This Deck Element appears to be a tangled form that resembles, steps, straps and the remains of an alien creature? Perhaps human hands holding a shed alien skin?
It looks to me roughly inspired by his Mordor series
See: HR Giger's Mordor series 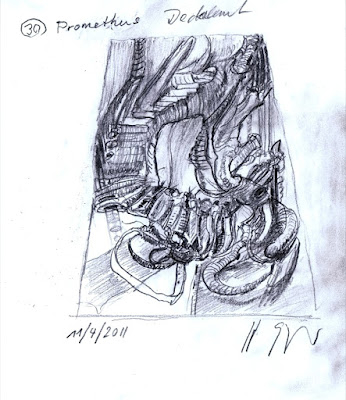