Jack Kirby: The Great Refuge from The Fantastic Four foreshadows The Eternal's Olympia ?

leading from
"Flying serpent over Olympia" #9 of The Eternals by Jack Kirby
and
Occator crater lights complex on the Ceres planetoid. 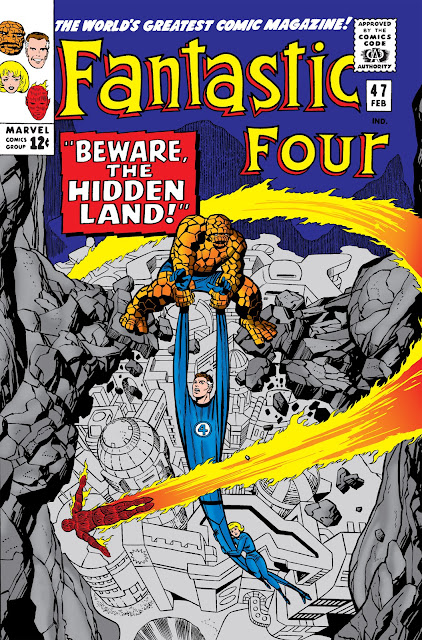 a) Kirby pencilled the illustrations for the story "Beware of the Hidden Land" in Fantastic Four Vol 1 # 47 (February 1966).

We encounter a strange luminous cityscape found in a remote mountain range in the High Andes, known as The Great Refuge where the Inhumans live in the Fantastic Four series, which they discover in their pursuit of Dragonman. 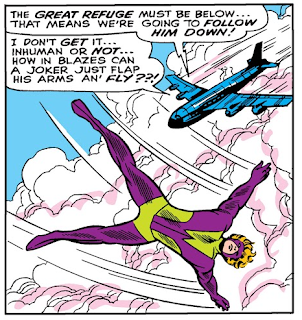 Soon they see the city below from the aircraft. 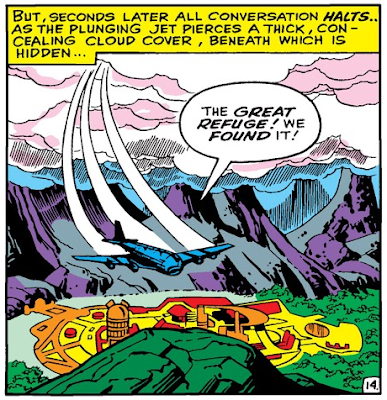 b) Then we're introduced to it as if it were bizarre dream sequence where they're on a natural small mountain small bridge above it that ought not be there from the distant view, and are not able to find the path down.

Suddenly the bridge collapses and they fall down. 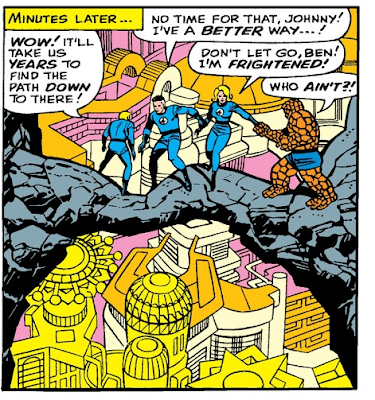 c) It's drawn in the general style that he would draw the city of Olympia to be found later in The Eternals in 1977, but the layout is not the same.

But we see at the edge, a similar sloping sloping architecture connected with round towers

As, we encounter Olympia in The Eternals, flying an airborne vehicle above the cityscape, they come across a flying reptile that is something generated by the mind by one of the city dwellers.

The large tower in the upper right of Olympia might be a loosely redrawn Atmo Gun from Fantastic Four vol 1 #48 "The Coming of Galactus" (March 1966), which while harmless to the characters known as the Inhumans can end all life on planet Earth 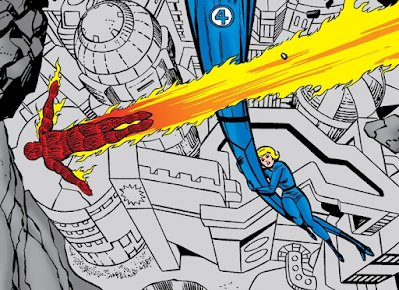 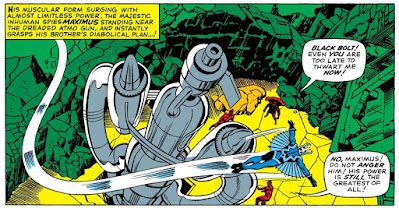