Cabinet Door For Mia (work 414) (1979) by HR Giger references Billy Smarts Children Circus illustration (for the 9th of January 1978 in the Radio Times) by Alan Cracknell? 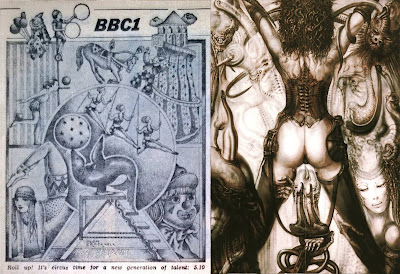 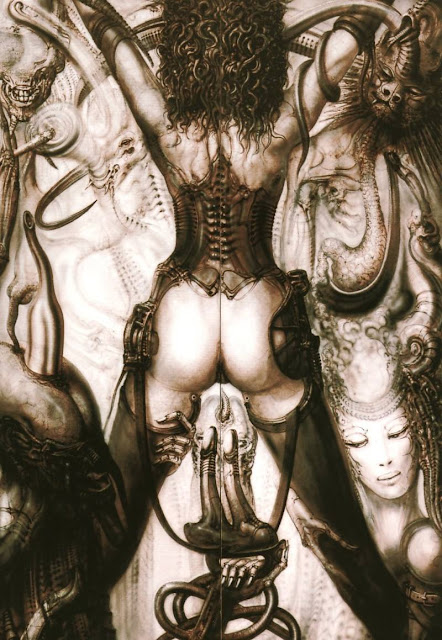 b) Billy Smarts Children Circus illustration (for 9th january 1978, Radio Times) by Alan Cracknell?
On January 15th 2019, I found on Graeme Wood's Twitter page, (https://twitter.com/woodg31)
a Radio Times illustration again that I realised that HR Giger ought to have seen, and it seemed loosely like The Blackpool Tower Circus illustration for The Radio Times for August 24th 1972 which I had decided was referenced in Giger's painting  "Cabinet Door For Mia" (work 414). I wondered about how Giger might have used this one and then I decided that he must have also used it for the same painting. It confused me at first until my mind started to show how the various pieces of the illustration could be transformed to fit in. 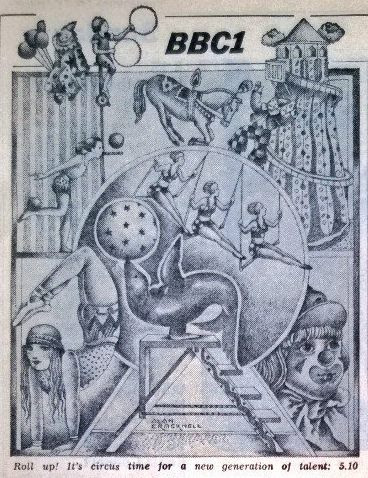 c)  The buttocks of the perfomer become turned around to become the division at the front of a fleshy head here, and the standing leg from the performer above becomes the organic bottle like form sticking out of the top. 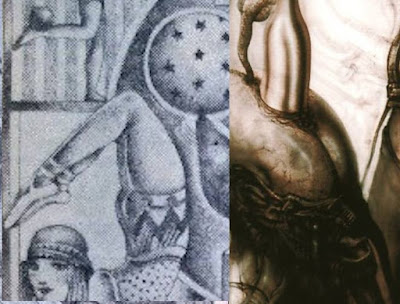 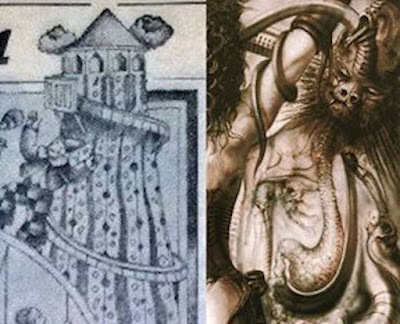 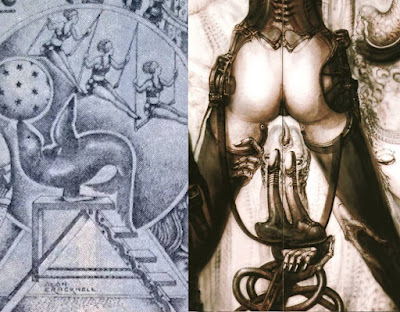 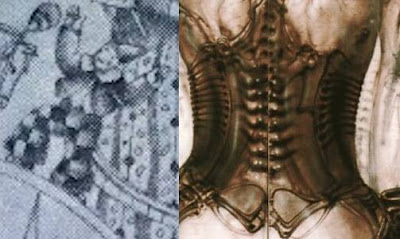 g) The clown in the right bottom corner becomes a female face. 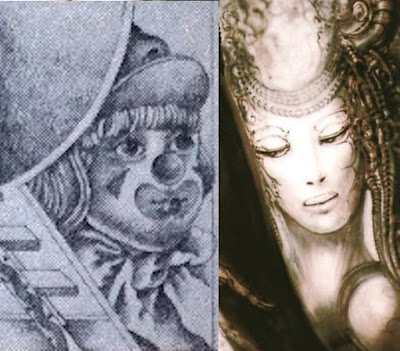