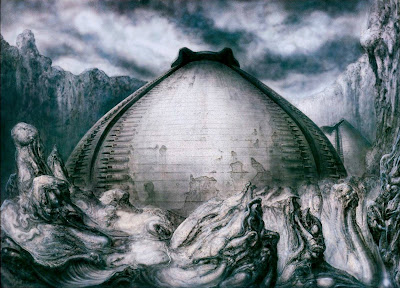 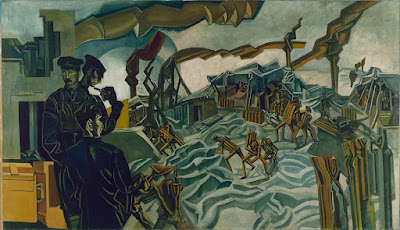 I assume that other people in the past have assumed that Wyndham's painting might have been an inspiration for HP Lovecraft's R'lyeh from Call Of The Cthulhu although I seemed to have pulled my assumption out of the air or perhaps out from from behind my ear one day, and indeed how does one confirm that sort of thing! 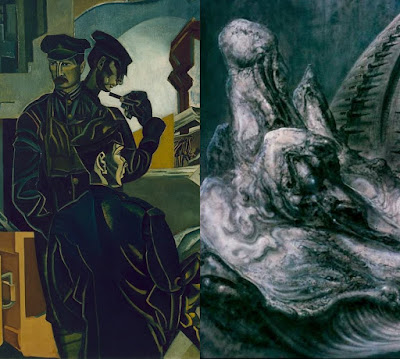 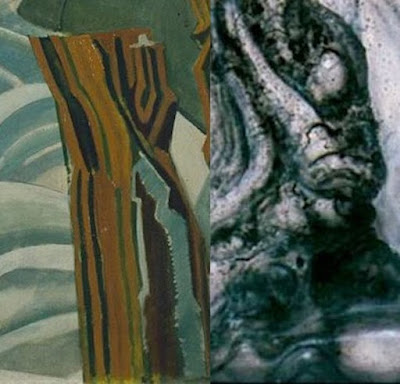 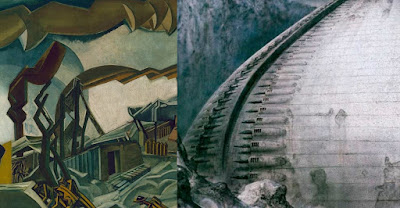 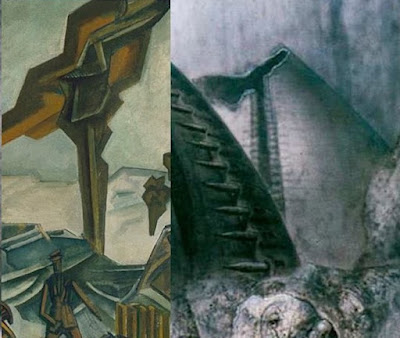 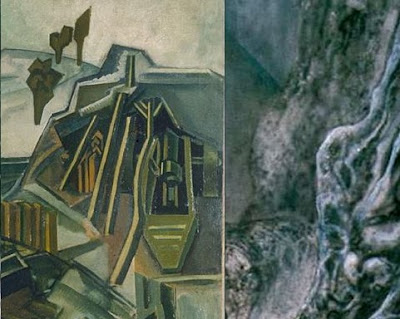 h) Building structure become the rock to the far right

i) Architecture in the background become markings on the side of the silo.. It's probably not so distinct because there was no attempt to transform anything from the original painting into something significantly recognisable in this instance. 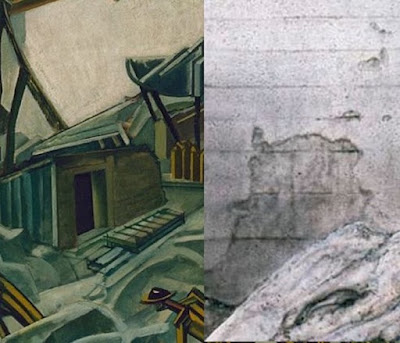 j) However the shed with the open door becomes this patch of peeled away surface and the soldier;s head becomes an eye like shape in the rock formation 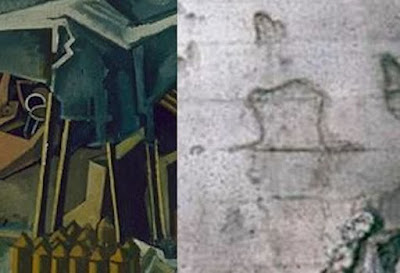 k) With that , another section of the tent with poles becomes a weathered patch on the surface. 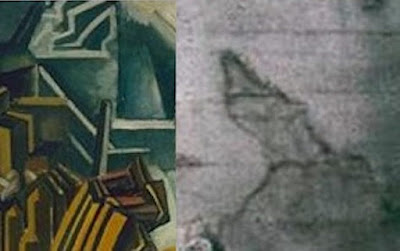 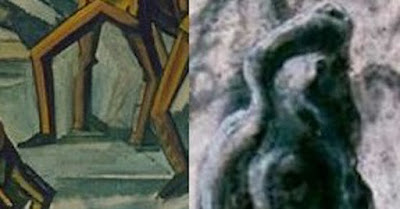 m) The space between the legs of one of the soldiers in the upper right of the above frame becomes the hood of a seated form.