b) Three Studies for Figures at the Base of a Crucifixion c.1944 by Francis Bacon 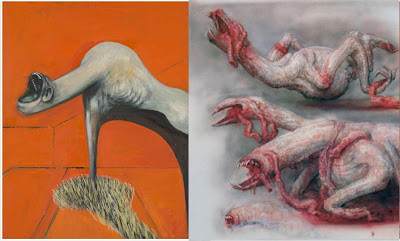 The cloth hanging down the sides appears to have been turn into the entrails haning from the mouth. 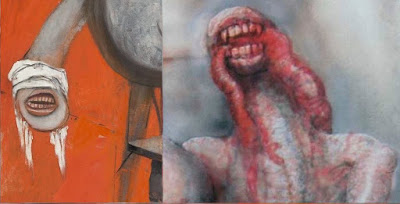