b) Here, Dürer's painting would be reverses and then slanted 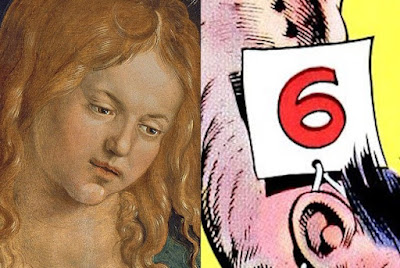 d) The hands would become the area around the ear 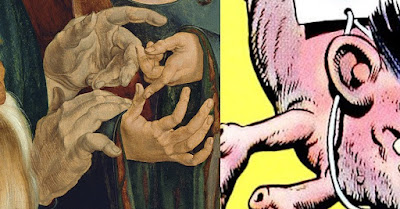 The cap with its crease becomes the part of the eyeball and eyelid, while the tufts of hair becomes the teeth 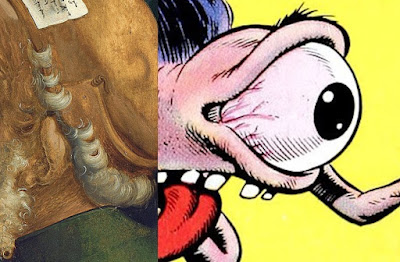 e.ii) The book however becomes the open eye lids 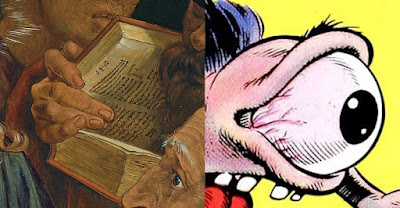 e.iii) The white cap might then the right way around become the general eyeball and upper eyelid 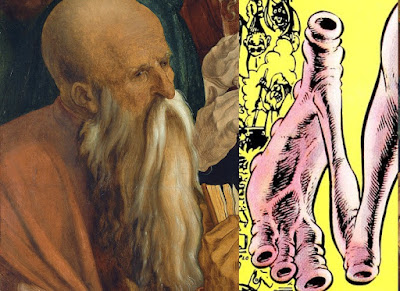 h) The space between Jesus' upper arm and the book becomes the mouth .
Perhaps in this case the beard becomes the tongue 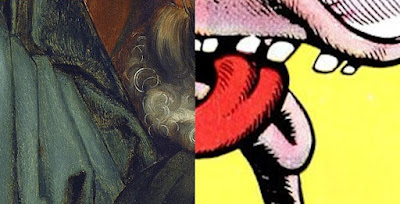