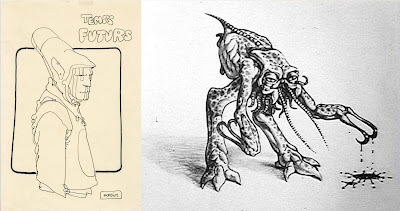 leading from
Illustration of the Arzach character on the cover of Temps Futurs (1976) by Moebius
and
Alien: Alien beast attributed to Dan O'Bannon (1976/1977?) 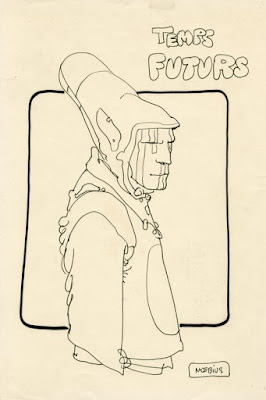 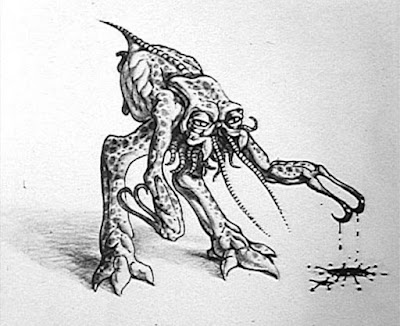 d) Space between back of the man and the border of the drawing becomes the leg on the left of the creature, while the curve at the top of the man's arm becomes the inner curve of the leg joint. 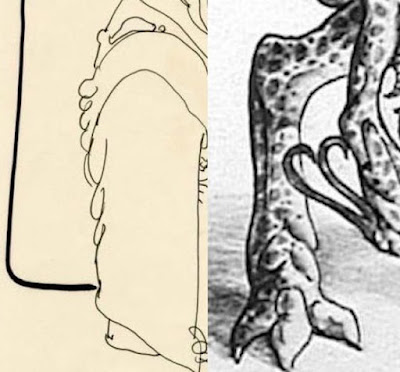 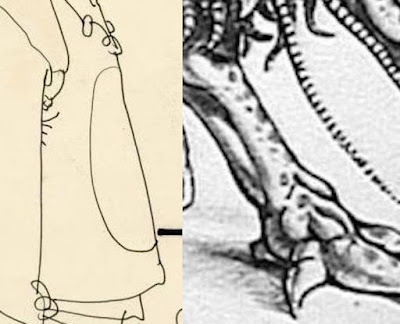