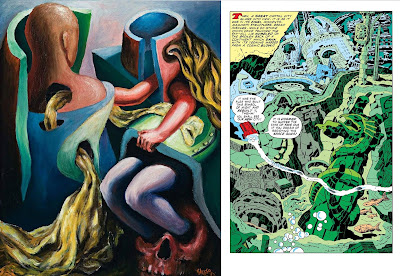 c) The yellow cloth pouring out from the side of the sculptural form supporting the head becomes the outline of the  the rounded wall and the position where the head looking upwards is. 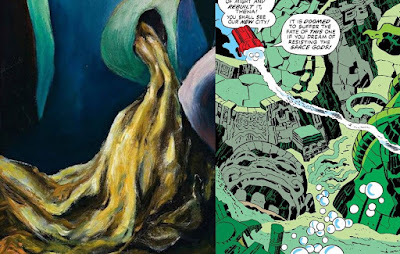 fg) End of cloth becomes the face of a serpent 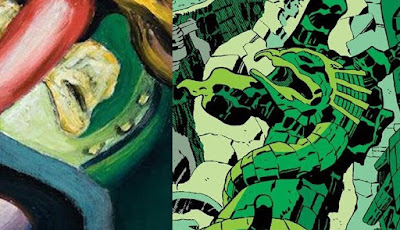 h) Where the golden cloth goes in and out of the hole,  becomes the exhaust trail of the red vehicle. 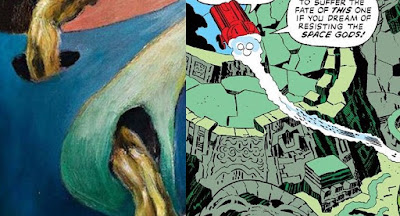