Panel from Marvel Comic's The Eternals #8 (February 1977 ) showing the Deviant City references a photo of the villainous Hood from Thunderbirds on the cover of TV21 #80 from 1966? 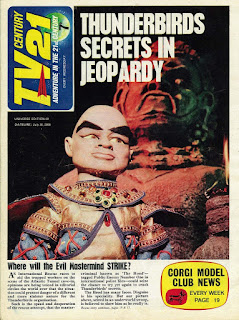 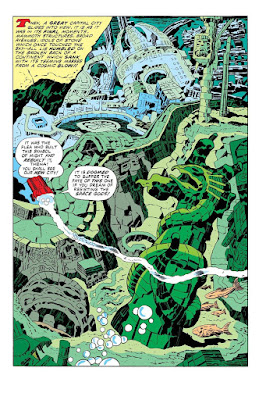 c) The two images side by side.

I suppose that Kirby would have found out about how this would have been referenced in Giger's Mordor V and thought about the face of the character known at The Hood and how Giger seemed to almost use it, half leading to the upwards looking face in the ground in the ground which would have been based on one of Kirby's mutant characters from The Eternals. 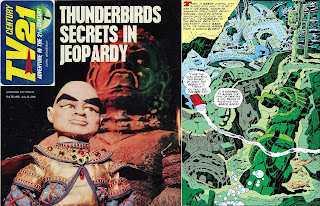 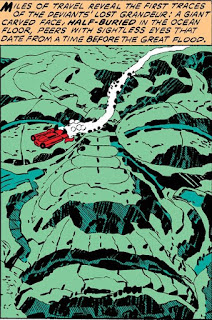 e) The faces side by side, with similar mouths and noses. 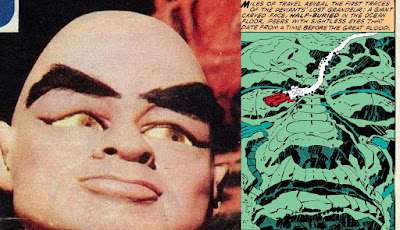