The Pink Panther and The Inspector #2 (July 1971) references poster for the 15th July 1923 Bauhaus exhibition at the Weimar gallery (1923) by Joost Schmidt? 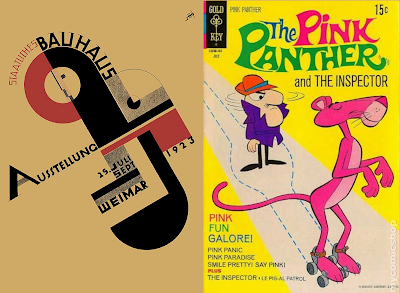 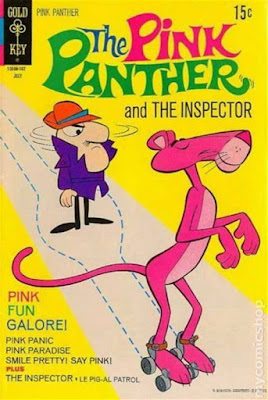 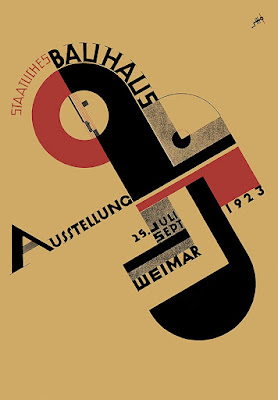 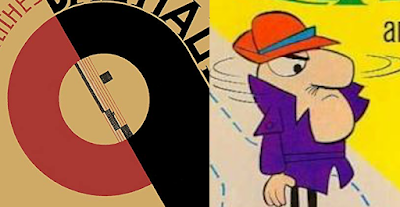 c) What we can first notice is how both of the compositions slant from the upper left to the lower right. 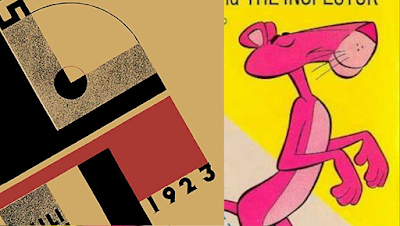 d) The right side of the image then becomes the Pink Panther's upper body. Perhaps the three quarters black circle with the upper quarter the colour of the background becomes the point for the panther's ears or eye while the lower part of the grey L shape interlocked becomes the head and muzzle of the creature.

e) Meanwhile the red bar beneath become the Panther's arms, with a red square becoming the hands and the year 1923 becomes the fingers of its hands.

f) The Ausstellung word with its large A become the tail with the upward curving end,