Alien: Evolution of Early Ridleygram of the rear of the space jockey seat (1978) for Alien by Ridley Scott via Dali's "Dream Flight of a Bee Around a Pomegranate" and Plop! comic #13? 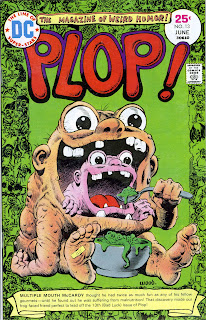 a.ii) The two images together 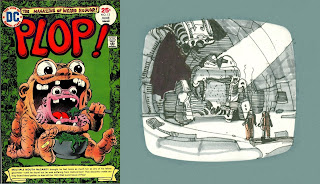 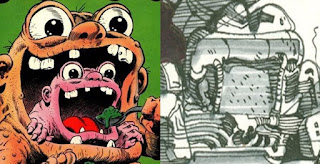 a.iv) The frog like eyes have their general counterparts in the Ridleygram too

b.i) References Salvador Dali's "Dream Flight of a Bee Around a Pomegranate" 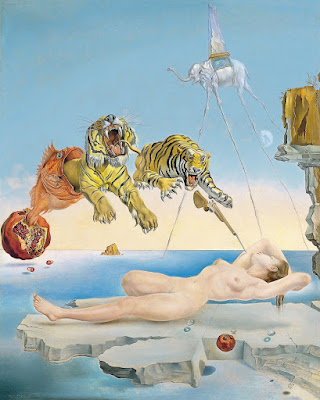 b.ii) The two images side by side 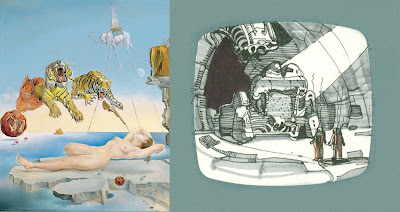 b.iii) The leaping tigers in comparison to the seat

b.iv) Upper part of tigers and unevenly drawn bifurcated head rest. The fish head would become the left side of the back of the seat beneath the head rest 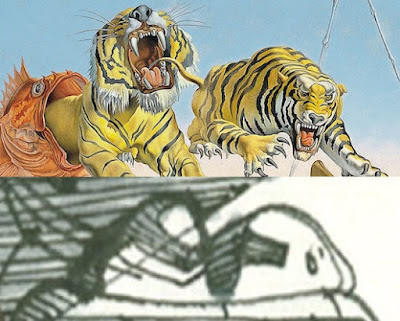 b.v) I might wonder if the outstretched leg of the woman and the broken edge of the rock that she's lying on became the cutaway part of the floor, and then the pomegranate become the left astronaut in this instance 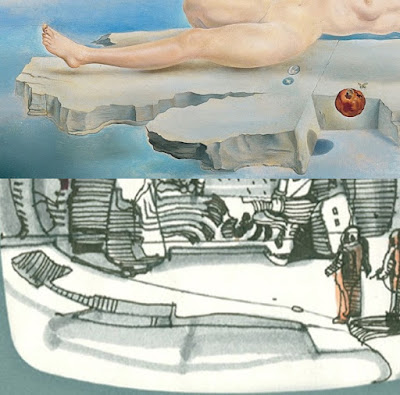 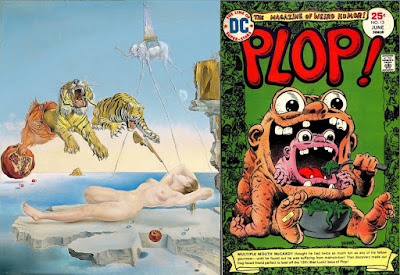