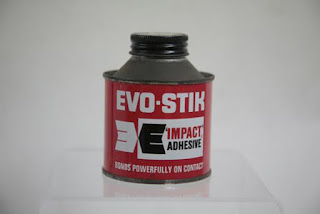 leading from
Alien: Building the Refinery


Martin Bower was soon put onto the refinery because Bill Pearson was working on it as well and they knew each other and so could work together.

Bill had done an initial spire gantry, Martin Bower was told that they needed another three, and so he set to work.

He had an ability to visualise without having to do any drawings, and kind of see what's in his  mind, which is, which is a lucky ability to have.

Ron Hone built the platform out of plywood and two by one, etc but Nick Aldham made a metal frame for it in the way he had done for the Nostromo.

They did this to the whole thing and they had to get everything down exactly right while they were getting high, because if they got it wrong, they would have had trouble getting the tiles off.