leading from
HR Giger's Mordor XII (1976)
and
Illustrations from Linda C. Cain and Susan Rosenbaum's "Blast Off" (1973) by Leo and Diane Dillon 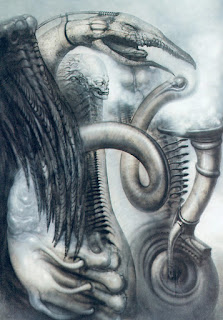 b.i) Illustration from Linda C. Cain and Susan Rosenbaum's "Blast Off" (1973) by Leo and Diane Dillon

If there's a connection between the two, Giger would have had to displace a lot of the features because the illustration was so long in width and the picture if the same height would only have been less than half of the width of the illustration 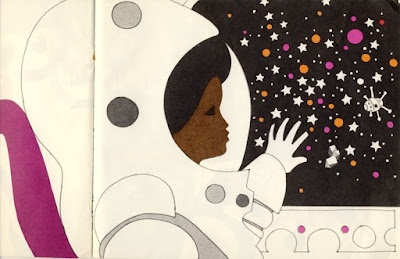 b.ii) The whole illustration as seen in the two pages of the book 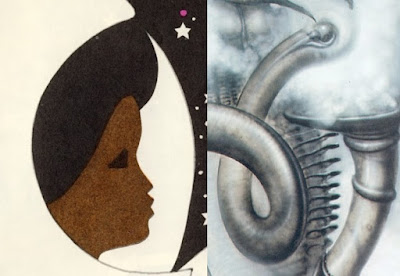 d) The tentacle might pass along the circle near the place of the ears.

e) The top of the helmet from the side resembles a simple bird's head and so Giger has transformed it into a beaked mutant, and where the circle is, it looks as if this is where the band is around the creature's neck 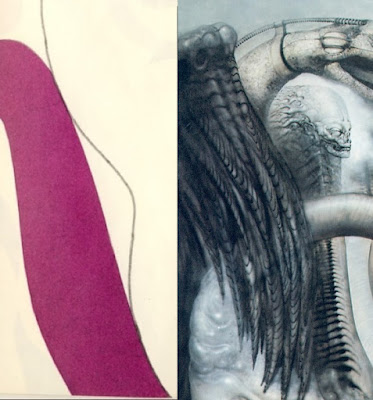 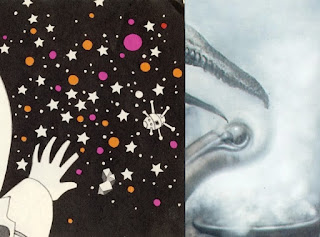