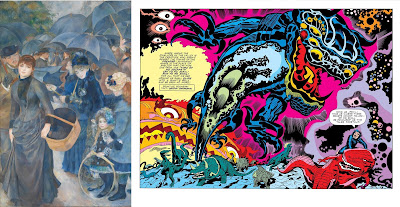 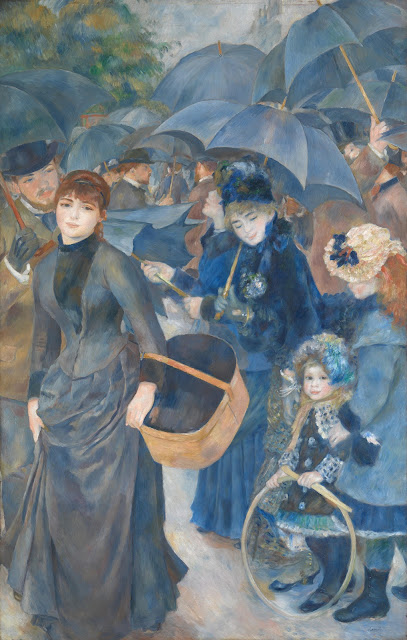 c) Umbrells on the left of the painting becomes the left clawed arm of the dark beast. 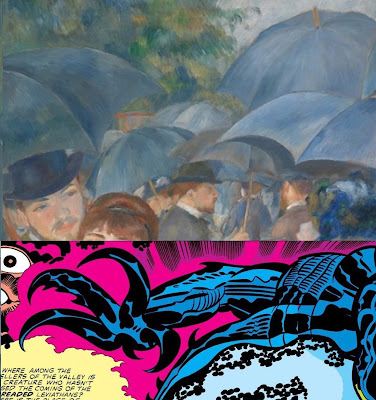 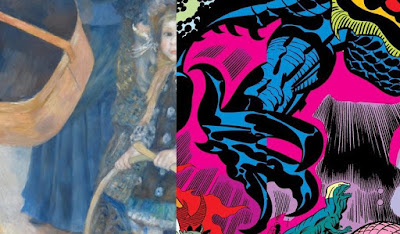 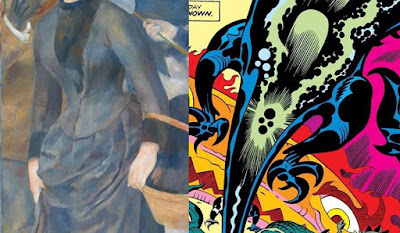 g) Back of the woman's dark blue upper garment becomes the lower jaw, and here the girl's pale pink bonnet becomes the empty deep pink space between the lower and upper jaw, while the umbrella becomes the upper mouth 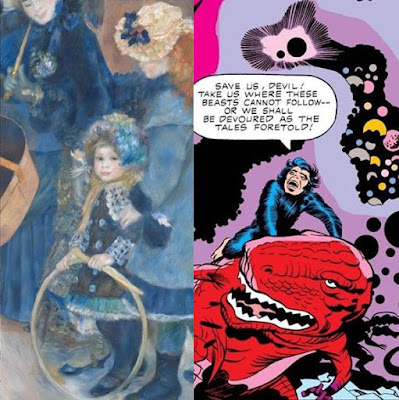