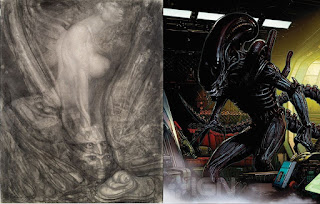 leading from
Ernst Fuchs
and
Aliens in the comics

This art was supplied in the article about Dark Horse losing the Alien franchise to Marvel because of Disney, and I decided to see what sort of ideas lay behind this composition to give me some hope about Marvel's possible plans for this series if there are any at all. 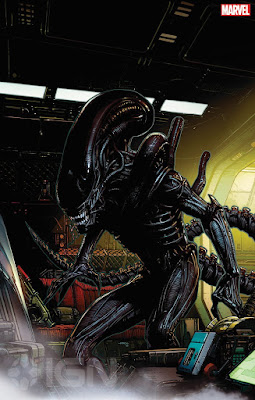 b) References Triumph of the Sphinx (1966) by Ernst Fuchs?

Well I don't want to say yes, but I compared it to various images, my mind chose this one and horridly I can see the connections but I don't know.

I did some time ago point out the possibilities of a connection between this Fuchs piece and Giger's Necronom IV, which was probably a strange thing to do but it worked , and I wonder who else reads my blog.

c) The shoulder, neck and back become the alien beast's head while the bosom becomes the shoulder fin 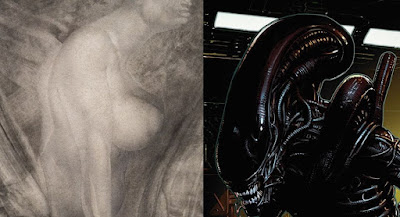 d) This thing that loosely looks like a duck's head with a large bill becomes a blue box that might be a personal stereo leaning again some other computerised equipment on a table.

Perhaps the bull itself becomes the bright green screen 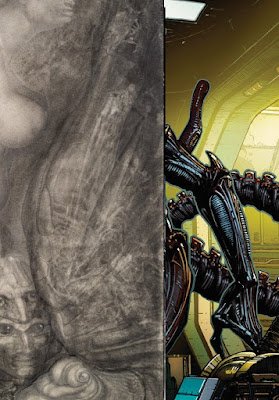