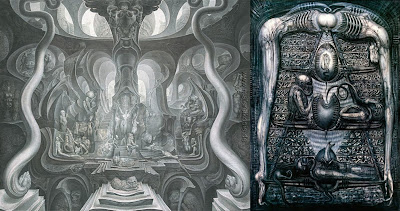 leading from
Alien: HR Giger's Alien Life Cycle Hieroglyphics references "Adoration of the Magi" (1503 approx) by Albrecht Dürer via "The Promenade on Horseback" (1868) by Edgar Degas via "The Borogoves, Toves and the Raths" from Alice Through The Looking Glass (1871) by John Tenniel via"Job and the Judgement of Paris" (1966) by Ernst Fuchs?
and
Ernst Fuchs 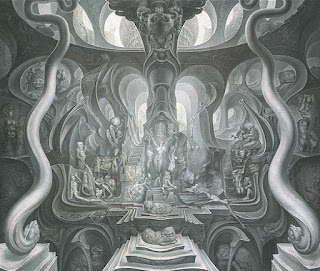 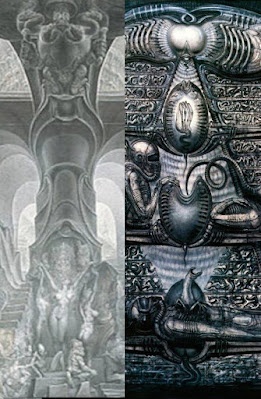 f) An upper near oval shape in the decoration perhaps becomes an egg as well.

g) The central oval with a woman with raised arms becomes the egg with a Face Hugger leaping out. 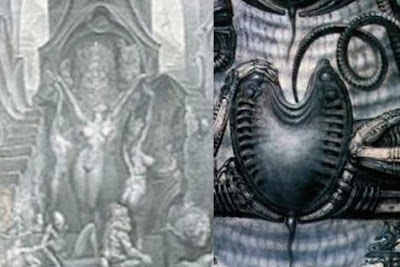 e) Perhaps the raised arms of the naked woman become the hands of the Chest Burster , while the oval shape on the side of the column becomes the bottom egg as well 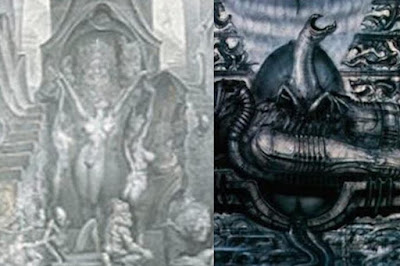 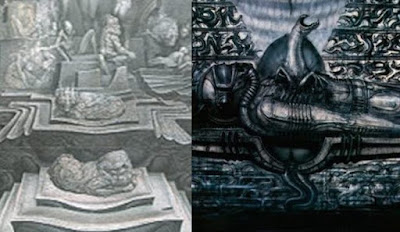 i) This would be the nearest comparable area from Fuchs painting relating to the face hugger leaping,

j) We can see how the large serpents would become the limbs of the Nut Goddess figure as well. 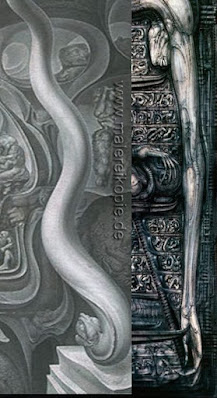 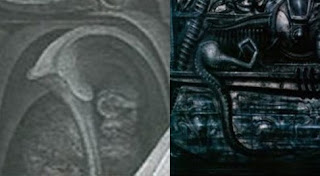