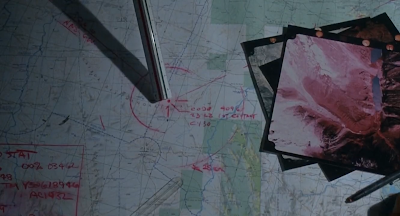 a) The Pacific Courier Universe of Movies

A character that was a newscaster Gail Wallens would appear in more than one motion picture that Steven E de Souza wrote.

She appeared in the Bruce Willis movie Die Hard (1988) and then the Denzel Washington movie Ricochet (1991) .

In Die Hard there also appeared the Pacific Courier van/truck which became the main mode of transport for the terrorist characters of the movie.

A Pacific Courier Freight aircraft turned up in Jan De Bont's movie Speed (1994), since he had been cinematographer for Die Hard.

As as de Souza was concerned, this meant that the films existed in the same universe, and that would include all the Die Hard movies numbering five and the two Speed movies

This would be called the 'Pacific Courier universe of movies'. 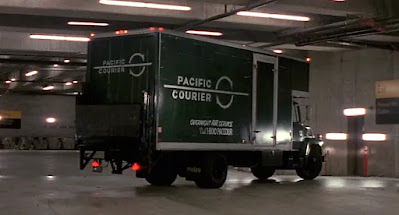 b) The Val Verde Universe of movies

There was the idea that when you write a country into a story, and you were to say that the Ambassador of the United Nations from Uruguay is an international diamond smuggler, then you would get a lawsuit from the actual Uruguayan ambassador.

If they created a fictional name for the country, they could say all of these things about the government and not get an angry letter from a lawyer.

When de Souza wrote the screenplay for Commando (1985) starring Arnold Schwarzenegger, he came up with the name Val Verde as a country.

In the story, the character Arius (played by Dan Hedaya) who was the former ruler of Val Verde sends the lead character Colonel John Matrix to assasinate the new president 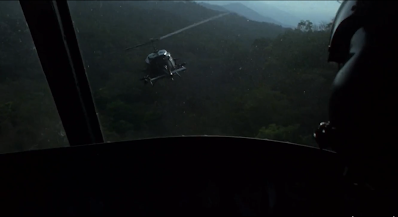 c) Connecting with the Alien and Predator universe

With that, in de Souza's mind Val Verde would make a reappearance in Joel Silver's movie, Predator, in a scene where they take the helicopter across the border of a territory which a map reveals to be by the Chapada das Mangabeiras mountains of central Brazil, to drop the elite paramilitary rescue team with the lead played by Arnold Schwarzenegger.

One might assume that it was something thought about behind the scenes and also discussed with him.

Following that, since Alien had shown up as a trophy skull in Predator 2, and this led to the Alien Vs Predator movies, de Souza decided that they all had to be in the same univers that Val Verde existed in, there were more Predator movies, and this also connected with the film Prometheus.

With these these movies in which Pacific Courier and the nation of Val Verde existed in which was now about twenty movies, which probably had made about six or seven million dollars,

He could feel that the the Val Verde universe was even more important than any Marvel universe or the DC universe that someone might want to tell him about. 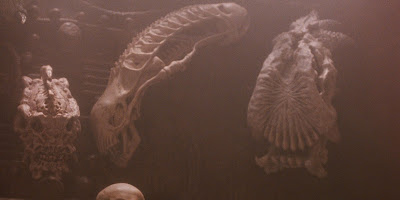