a) Illustration of a Mycaeanian lentoid showing a sacred palm and wild goat from Palaeokastro in Crete from "The Mycenaean Tree and Pillar Cult and Its Mediterranean Relations" by Arthur Evans published in 1901. 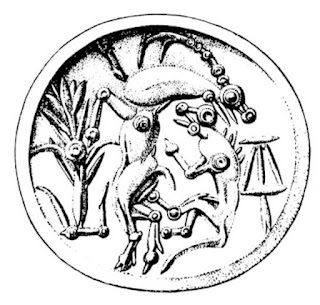 b)  References Cerealia Faculae in Occator Crater? I shouldn't think so because it was first photographed in any detail back in 9th September 2015 and it's on another planet in our solar system. This is a slightly later image posted here. But I might ask the question still. 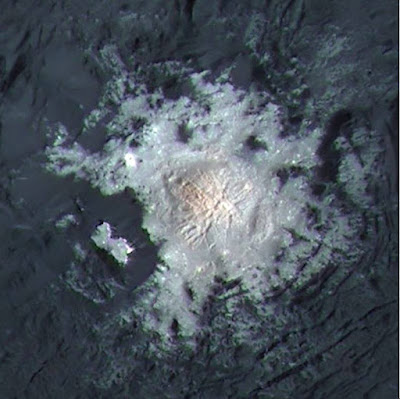 c) The two side by side with the lentoid reversed

e) Some almost triangular ridges behind the dogs back might have been transformed into this strange symbol , but I really don't want to include this as a serious comparison because I don't even what it is supposed to be. Is it a symbol squashed in. Someone else can tell me one day. You can see where the ridges are at the lower photo with red lines drawn over it. 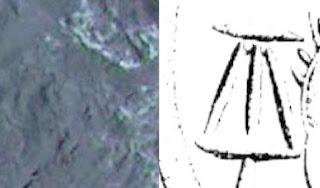 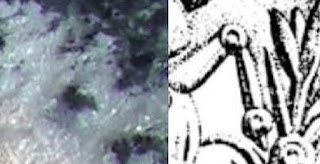 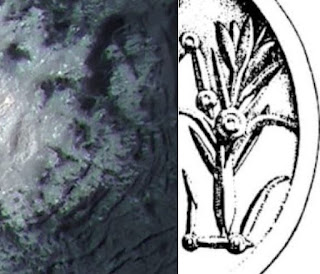 i) An attempt to map out the areas that ought to have transformed themselves into a wild goat attacked by an animal with a long tail and sacred palm.
Perhaps I might have a different ideas again about some parts at a later time because it's only an interpretation and different photos reveal different things, while the Mycenaean artist thousands of years ago shouldn't have had access to a photograph.
I've obviously have it rammed down my throat that this is completely unlikely with every thought I have about it, perhaps because nothing else will do. 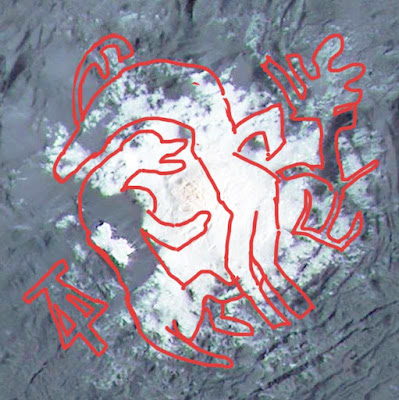 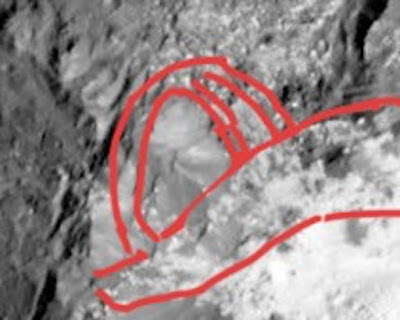