Plane filling II (1956) by MC Escher references the marine shop from Hergé's "The Adventures of Tintin and Red Rackham's Treasure" (1944) ? 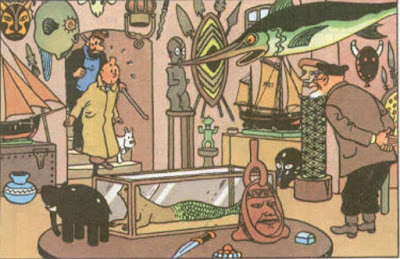 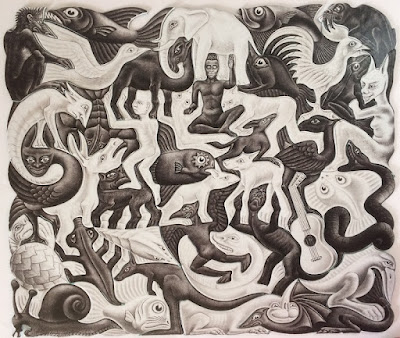 e) Although not in the same place, this mask would inspire the face of the creature with upright pointed ears 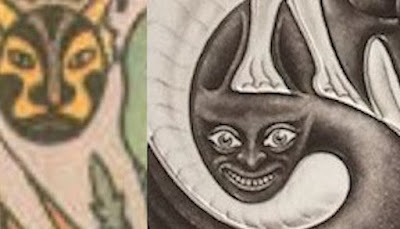 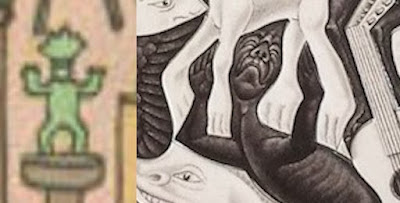 g) The sword fish becomes the fish with a pointed nose. The black diamond shape on the shield contributes to the shape of the nose and the direction it points 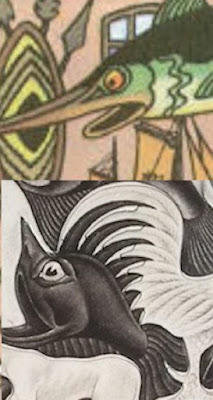 h) The head of the sculpture of a pygmy tribesman on the podium becomes the head of the camel, but the idea of a pygmy might be carried over as a seated dark skinned man with one arm raised 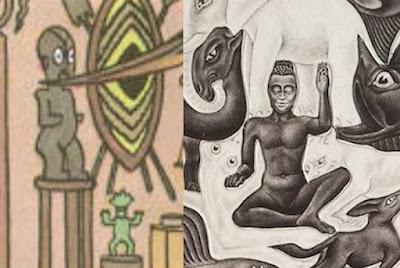 i) The mermaid in the display case becomes the kangaroo 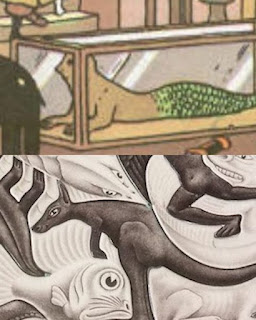 i) The pot becomes a turtle

j) The elephant becomes a fish. 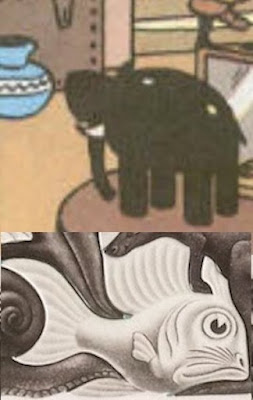