Alien vs Predator: Peter Briggs' script
a) First drafted leaked
The first version that he wrote as a writing sample would later leak out.
Someone had transcribed his script and pirated on the internet years later.
He was able to cut and paste this into Final draft and once more have an electronic copy again.
At the beginning he had an Amstrad CPM which was a horrible clunky computer that seemed to take forty five minutes to do a save, and he was never guaranteed that it would do a save.
Sometimes he would losr a day's worth of material. Sometimes he would have to reconsitute a page from memory and so he took to printing out pages of the script before he did a save so that he could copy them back in again .
When has sold the script, he still hadn't bought a Mac at that point.
He started on the second draft on the Amstrad CPM, and these machine used proprietary discs that only could be used on that computer
b) Problem when he swapped to Apple Mac
In 1992 he swapped his Amstrad computer for an Apple Mac Powerbook 145 around 1992 or 1993, and he ended up loosing his Amstrad disk.
At the time Peter didn't expect it to be taken so serious but he wrote it quickly. 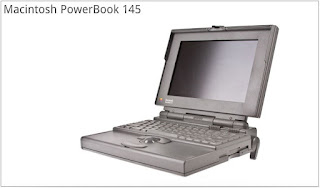 c) Tales of archaeological journeys
After a decade later, he noticed that when people talk about restoring episodes of TV shows, he would read such things, about they would have recorded on video formats that they could no longer play.
It seemed as if they had to go on an archaeological dig to find the machines in order to be able to play back all this old material.
d) Whereabouts of the second draft
Now he was facing a situation where the script files were on discs that he didn't know where they were, and if he did, they were written on a CPM which he no longer had.
During the arbitration on Alien vs Predator in 2004, they asked for the script and he could only reply
They couldn't find it, Fox couldn't find it but he was sure that he had the second draft on a disc but  perhaps it was completely lost.
He didn't know if he had a hard copy of it any more, but at least he could say that it existed
e) Finding a copy of the first draft
When the internet started to take off around 1996 to 1997, he found a first draft of his script online. he realised that somebody diligently sat down and copied the script word for word,  putting it out on the internet.
The interesting thing was that what had been transcribed was missing three pages at the end, and it was something that most people didn't realise, and perhaps it meant that they were not germane to the story and he thought that was interesting.
However he couldn't be certain that all of the copies on the internet were missing the same three pages
He had seen some photocopies of the original script.
Posted by wmmvrrvrrmm