Alien vs Predator: Peter Briggs' script:
Development of the story 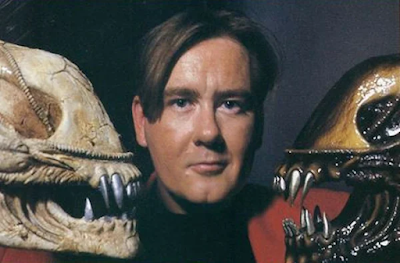 There were elements there that he felt didn't fit into the Alien universe.

He wanted the story to go on in a different direction.

He cherrypicked things in places where he felt it worked and changed things where it didn't.
b) An idea for an opening
b.i) The cave in a crevasse
The first draft starts on a planet that's like Death Valley on a grand scale.
It sort of opens with a sort of crevasse, with the camera going in and there's a cave.
The Predators led by a leader named Broken Tusk go into where they find an alien nest.
There the Predators discover an Alien nest where they are attacked by the alien creatures
They battle with them and take back parts as hunting trophies.
As they leave on a spacecraft, Broken tusk activates a fallen Predator's wrist detonater for the suicide-destruct mechanism, causing a vast explosion to go off behind them
b.ii) A starshipwreck in space
For the second draft instead about a deep space survey ship which Peter would also describe as a cartography ship.
There's a character sitting in his quarters reading Moby Dick.
The camera pulls back from the stars and we see him sitting there in his cabin and suddenly there's a ping, something has just come up on a scan.
Peter compared it to being like Aliens at the beginning.
The ship comes across a sort of space pod floating in space.
It's a predator pod that's scarred and hacked on the side.
They bring it on board into their bay.
Then there's a time cut, before we see the ship floating in space from the other side floating.
We find that it's wrecked and destroyed with  debris floating about.
Then there are these three predator with their three dot triangle scans go boing and scan across the hull and go across the airlock before we cuts to see the inside of the ship, where it's all dead and in zero gravity, there are books  floating through there, through corridors and debris all around.
Everything is generally wrecked and there's sparking lights
An airlock hisses open and a blurred shape comes in, and followed by another blurred shape coming in and they turn out to be the Predators in zero-G suits which is something that we have not seen,
b.iii) Annoyed by Paul Anderson's Predator outfits
Something that annoyed Peter later in the actual Alien vs Predator movie by Paul Anderson was that the Predators that are hot blooded creatures and here they are in Antartica wearing the same outfits, so it means that they would probably freeze to death in seconds.
b.iv) Space suits
So when it came to Predators in space, he would have had them wearing space suits which would have been fun.
He was interested in the space suits in Alien based upon Moebius illustrations and he would have had something that looked Moebius with big plated parts.
He didn't know if Dark Horse had ever addressed that in the comics and no one could say they had
b.v) Zero-G Battle aboard a derelict spaceship floating in space
But these Predators in space suits would come aboard, go around the ship, discover some bodies floating and when one of them blasts the doors open, and in a Zero-G fight inspired by a scene in Star Trek VI: The Undiscovered Country, they are attacked by the 'aliens' but he would have one of the Predators stupidly goes for the alien, slashing it open before the acid blood eats through the ship and rips it open. The Predators barely make it back to their own ship but they destroy the ship.

c.i)  Too bright to be spooky

A major problem with the comic book story was that the planet where it was set, Ryushi, was a desert planet , and that wouldn't have been noire, it wasn't very shadowy.

He associated the Predator with verdant canopies and cities, and the Alien with industrial hype wasteland of a creepy alien world

On a sand planet, perhaps he could have had a Predator cloaked in invisibility, but it wasn't very spooky with the biomechanoid aliens running through the desert in broad daylight.

c.ii) A few desert planets too many

He had seen a number of science fiction movies done on the cheap set on a desert world, with Star Wars aside because they had varying different planets in that universe.

But every time there was a space hunter or a metal storm on wherever, or perhaps even think about an episode of Star Trek filmed as Vasquez Rocks

it was a desert, and he knew that this was all likely to have been filmed outside Los Angeles

His decision was to change it a Florida-esque swamp planet, since swamps were quite dangerous and spooky. it would have been an ideal place to show off the Predator

With that  he had an installation that was no longer a colony as it was ain the comic book. he thought that if you didn't know it, it could be anything.

He wondered about how people communicated in the Alien universe and how they bounced signals around.

While he didn't want a mining operation because that was in Outland, but he wanted the refinery from that film, so he had it with the legs chopped down representing a communications relay station.

Here would be the industrial environment where the alien beasts could lurk.

d.i) Need for a different chestburster

It was before Alien 3 had been released , so he had seen the chestbursters in Alien and Aliens, and thinkng about this he thought "How do I do this differently?"

He noticed in one of the Dark Horse comics that there was a headburster with the creature coming out of a human body directly upwards and he didn't want to go there. (Of course there was head burster scene described in Vincent Ward's Alien 3 script)

d.iii)  Planning the scene
He thought  "What if we play it for tension?"
The idea would be to play it for a kind of a weird effect where the host has a seizure, hits the floor, dying before the body begins to move.
He liked the idea of the body being shoved away to reveal the creature.
d.iv) Backburster in Alien Covenant
Years later in 2017, he saw Alien Covenant which featured a back burster scene, and surprised he found himself saying "Hey was somebody reading my script?" 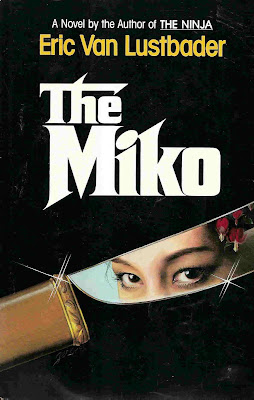 e) Holographic warriors
e.i) Reading novels by Eric Van Lusbader
Peter had been reading a lot of novels by Eric Van Lusbader books such as The Miko and The Ninja, since he was fascinated by Samurai.
He figured that since the character Machiko was Japanese, perhaps she had a sword.
Perhaps she would have a sword, that she was training with a holographic sword and this would take place in a room like the Star Trek holodeck
e.ii) Aliens following Machiko to the holodeck
What would later happen is that the 'aliens' would follow Machiko in holodeck and so the holographic Samurai warriors would start to come up, then the 'aliens' would be confused because they didn't know whether these warriors were real or not.
e.iii) Holodeck scene enters Alan Perrys novel
This idea as far as he would recall would be cut out of the second draft but strangely would be included in Alan Perry's Alien Vs Predator novel 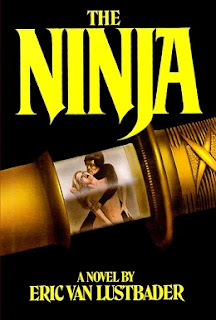 f) A need to keep the Rynth stampede

Peter decided to include the rhynths that seemed to be geneticaly modified rhinoceros like beasts. However the planet was no longer a ranching outpost, and so he had these creatures in a migration project, but it was tenuously used.